FM: Iran not intimidated in talks with six big powers 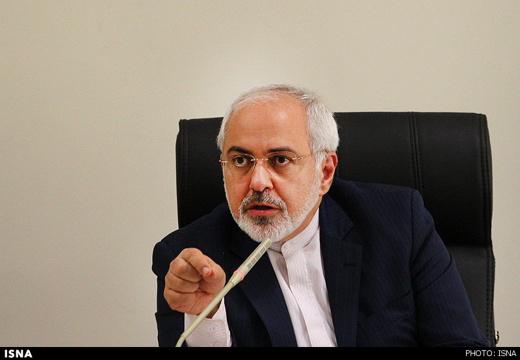 Making the remarks here on Monday during a meeting with Iranian nationals, he stated that Iran felt no fear in its talks with six world powers on its nuclear talks.

Referring to the historical letter of the Late Founder of the Islamic Republic Imam Khomeini to the former Soviet Union leader Mikhail Gorbachev, he said in the letter the Iranian leader underlined that all world powers were hollow inside because real power belonged only to God and there was no power capable of confronting it.

He further highlighted the sense of self-belief as one of most important principles of the Islamic revolution in Iran.

The foreign minister said this very feeling was the key to Iran’s powerful success against big powers.

Commenting on the recent letter of the Iranian Supreme Leader Ayatollah Seyyed Ali Khamenei addressed to American and European youth, Zarif said that power in the today meant ability to rule hearts and minds mixed with economic power.