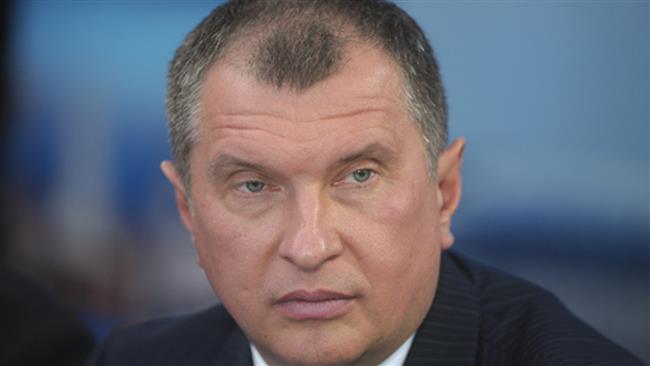 The head of Rosneft, the world’s biggest publicly traded oil company, says the sanctions the West has imposed on Russia jeopardizes Europe’s energy security and the world oil supplies.

In recent months, Western states have imposed bans on Moscow’s financial and energy sectors along with a number of Russian nationals close to President Vladimir Putin.

“In the long term, sanctions against Russia endanger Europe’s security of supply,” Igor Sechin wrote in an article published by Financial Times on February 15.

The US and EU claim the sanctions have been imposed on Russia over the support Moscow allegedly provides for pro-Russia forces in east Ukraine. Russia has categorically denied the allegation.

European powers have also threatened fresh sanctions against Russia should a newly-signed ceasefire deal aimed at ending the crisis in eastern Ukraine fails to be implemented.

The two mainly Russian-speaking regions of Donetsk and Lugansk in eastern Ukraine have been the scene of deadly clashes between pro-Russia forces and the Ukrainian army since Kiev launched military operations to silence protests there in mid-April 2014.

Sechin further pointed to the illegal sanctions the West has imposed on Iran over the Islamic Republic’s nuclear program, writing that the bans “affect oil supplies and trade balances.”

In early 2012, the United States and the European Union imposed new sanctions on Iran’s oil and financial sectors in a bid to prevent other countries from purchasing Iranian oil and conducting transactions with the Central Bank of Iran.

Iranian Petroleum Minister Bijan Namdar Zangeneh said in January that the removal of economic sanctions imposed against the Islamic Republic over its nuclear program can help oil prices rebound to a logical level.

Oil prices, which have plunged more than 50 percent since June last year to reach the lowest levels in six years, rose to more than 60 dollars per barrel for the first time after months of decline on Friday.