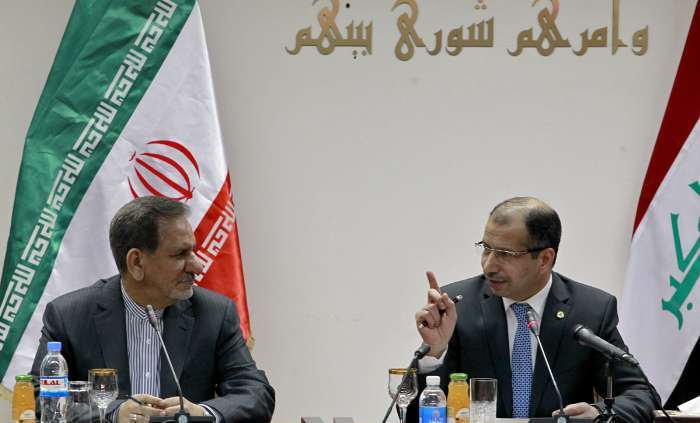 Baghdad, Feb 16, IRNA – Iraq parliament Speaker in a meeting with visiting Iranian First Vice-President Es-haq Jahangiri said that Iran is the main supporter of Iraq in war against terrorism.

Salim al-Jabouri said that political situation in Iraq reflects realities and Iraqis are trying to offer a basic solution to get rid of tension.

Al-Jabouri said that the terrorist group of Daesh is withdrawing and added that disputes in the region is not beneficial for any country.

He stressed that disputes in the region are beneficial for enemies and there is hope that the steps taken by Iran would be effective to help settle the problems.

The speaker described Iran as a powerful country in the region and expressed hope that by expanding cooperation the two countries can increase political and economic ties.

Al-Jabouri expressed pleasure with the cooperation documents signed between the two countries and underlined necessity to implement the agreements.

He said that cooperation in the field of religious tourism is a valuable opportunity, which can boost friendship between the two countries.