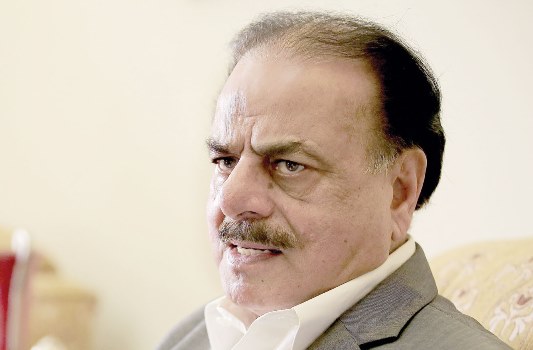 Former Pakistan Inter-Services Intelligence (ISI) director general believes that Iran is a “strong wall” against the terrorist group Daesh and the group could never find its way to South Asia through Iran.

Lt Gen (r) Hamid Gul, who served as the ISI DG between 1987 and 1989, talking to IRAN on Sunday, said, “There is no sign of Daesh’s presence in Pakistan. For reaching Pakistan, Daesh will have to first overrun Afghanistan and before that, perhaps Iran, which they can’t do it and it is not possible for the terrorist group to hit Iran.”

He further added, “Basically there is more threat to Saudi Arabia than anyone else in the region.”

The retired general said, “The claim that Osama Bin Laden was killed by Americans in 2011 is absolutely baseless. Such a claim is nonsense and I don’t agree with it. Bin Laden died a natural death in 2005 and it was not Osama Bin Laden whom they have supposed to have killed.”

“No one believes in Americans and they have not said anything trustworthy so far. They are liars and cheats,” Gul said.

Moreover, he said that Islamic revolution brought unity and consolidation to Iran but it has also caused some friction between the Arab world and Iran.

“Unfortunately Pakistan is now in two boats, we are friends and neighbours of Iran but we are also friends of Arab world particularly Saudi Arabia. Now there is a great opportunity to bridge the gap as there is a new king in place in Riyadh.”

“Now that King Salman is in place and from the changes he has made, it appears that there will be quite a shift. Turkey will enjoy better position now because previously Turkey and Saudi Arabia were not at good terms but now they will be. So, all in all, I think Iran is in a good position to have better ties with Arab world,” he further added.