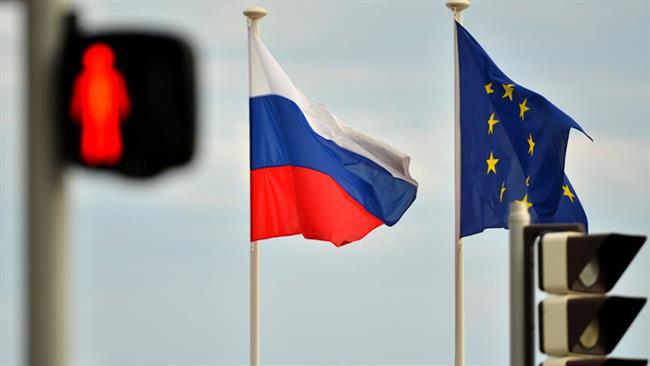 The European Union has imposed fresh sanctions against high-ranking Russian officials as well as entities, accusing them of “undermining or threatening” Ukraine’s independence.

The new list, which was published on the Official Journal of the European Communities (OJEC) at 0830 GMT on Monday, places “restrictive measures” on 28 people or organizations.

Two members of the Russian lower house of parliament, the State Duma, singer Iosif Kobzon and Valery Rashkin, who heads the Russian Communist Party branch in Moscow, are among those hit with the new bans. The remaining people are officials and field commanders of the self-proclaimed republics of Donetsk and Lugansk in eastern Ukraine. The sanctions are due to come into effect immediately.

“We are getting the impression that Brussels and the capitals of the EU countries either no longer control the sanctions wheel or are trying to make everyone believe that what they want is actually a reality and convince the public that the EU sanctions are making Russia more ‘compliant,’” the Russian Foreign Ministry said in a statement.

It added, “Such decisions look especially strange on the background of the Minsk agreements of February 12, in whose achievement the leaders of the leading EU countries participated.”

Meanwhile, Ukraine’s Security Council said on Monday that at least five soldiers have been killed and 25 injured over the past 24 hours in eastern Ukraine.

Ukrainian Foreign Minister Pavlo Klimkin has accused pro-Russia forces of violating the recently-inked Minsk agreement, which has been in effect since midnight Sunday, on several occasions.

“Over the past 24 hours there were unfortunately 112 shots fired,” Klimkin said, adding that Ukrainian government forces are observing the ceasefire.

The two mainly Russian-speaking regions of Donetsk and Lugansk in eastern Ukraine have been the scene of deadly clashes between pro-Russia forces and the Ukrainian army since Kiev launched military operations to silence pro-Russia protests there in April 2014.

Violence intensified in May the same year after the two flashpoint regions held local referendums in which their residents voted overwhelmingly in favor of independence from Ukraine and joining the Russian Federation.

The fighting has reportedly left 5,500 people dead, and more than 12,900 others injured.