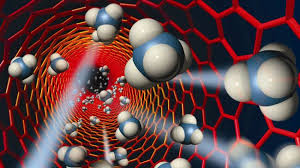 Tehran, Feb 15, IRNA – Secretary General of Iran Nanotechnology Initiative Council (INIC) Saeed Sarkar said Islamic Republic of Iran ranks 7th in the world and 1st among the Islamic countries in scientific production and nanotechnology with producing over 4 percent of all articles in the world and 42 percent of scientific production in the Islamic World.

Sarkar said INIC has a program to develop nanotechnology, working under the six following topics: nano development and compiling a 10-year plan, promotion and discourse making, infrastructures, manpower development, production of science and technology, and marketing and industrial development.

Training more than 320,000 high school students and holding 5 student Olympiads on nanotechnology and setting up 49 student laboratories are among programs to promote nanotechnology, said Sarkar.

He added 17 universities in the country are offering postgraduate courses in nanotechnology and over 25,000 experts in the field have been trained. In 2014, an average of 14 ISI articles were compiled in Iran while the figure in 2000 was 10.

Sarkar also said 148 companies are active in the nano market which have sold rls790 billion in the current Iranian year (ending on March 20) and the estimate for the next Iranian year is rls1,630 billion.

An anti-cancer medicine at a cost of around $12 has been successfully manufactured while each milliliter of the drug was imported at a cost of $700, said Sarkar.

The official called for increase in investments, saying developed countries have invested heavily on nanotechnology and countries such as US, Japan, and Russia have invested over $5 billion in this field while our investment does not reach $60 million.