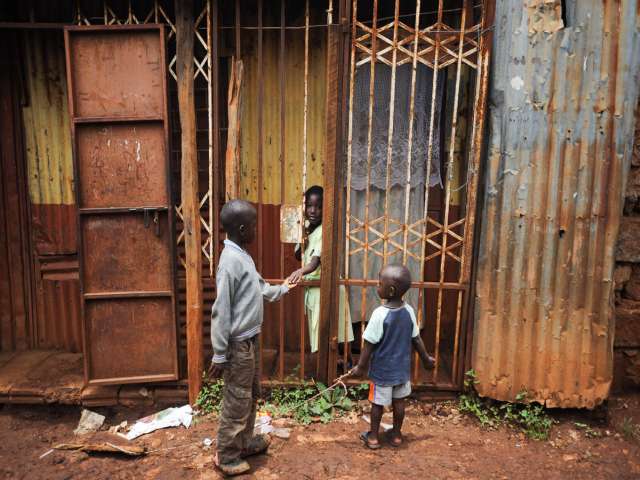 Free medical care was offered on Saturday by the Iranian Red Crescent to hundreds of street children in Kenyan capital Nairobi.

“For many, this day is about love,” Abdolreza Shahrezaee, the director of Iran Medical Clinics in Kenya, told The Anadolu Agency.

“There are those who are not so fortunate to even know that today is Valentine’s Day,” he added.

He said Iran had chosen Feb. 14 to be the day on which it showed love to Kenya’s about 250,000 street children.

He added that Iran’s campaign in this regard included offering food to the children, cleaning them, giving them clothes and offering them medical care.

Most of the street children who showed up during the event needed immediate medical assistance, according to the head doctor in the campaign.

“Some [of the children] were in a very bad state,” the doctor said. “Luckily, most of them have undergone laboratory tests and are still being treated,” he added.

He said he and his colleagues also offered the children with medicines and general checkups.

The doctor noted that the campaign had offered medical care and clothes to more than 200 children so far.

Shahrezaee said some adults also showed up to benefit from the event.

“After we register all of them at the end of the day, that number might double,” he added.

The medical camp at Uhuru Park in Nairobi was fully kitted with sophisticated medical equipment offered by Iran.

Morteza Shafiee Shaki, Iran’s cultural councilor in Nairobi, said that together with his wife, he chose to spend Valentine’s Day, showing appreciation for street children and the less fortunate in the Kenyan society.

“We are here today to support street children who are mostly never appreciated,” Shaki said.

“My country has decided to send them the message that they mean so much to us and indeed we love them,” he added.

Fifteen-year-old Mama Ciku (not her real name) told AA that she had spent all her life in the streets and had never experienced such treatment.

At 15, Mama Ciku is a mother. She said she had long forgotten her real name while living in the streets.

“I can’t really remember my real name,” she said. “I was born in the streets where I was raised by my friends with whom I grew up.”

She added that her friends used to call her “Tiny”, making her believe that this was her real name.

“A gang I joined a year ago decided to call me Jane,” the girl said.

She added that this name was changed to “Mama Ciku” after she gave birth to her daughter Ciku.

She told AA that she had never seen the inside of a hospital before.

“I have never been to a hospital before,” Mama Ciku said. “When I am sick, I just lie down until I feel better,” she added.

She said this was not certainly the kind of life she wanted for her daughter.

Mama Ciku added that she worked in the collection and selling of plastics from the streets, earning around half a dollar every day.

“Soon I will have enough [money] to take her [her daughter] to school,” she said.

She added that she was happy that her child had received medical treatment on Saturday.

“I don’t know these people [the organizers of the campaign], but I really do thank them for what they have done,” she added.

Most street children in the Kenyan capital earn a living by collecting plastics and metal items and selling them for recycling companies.

There are around 60,000 street children in Nairobi alone, according to the government.