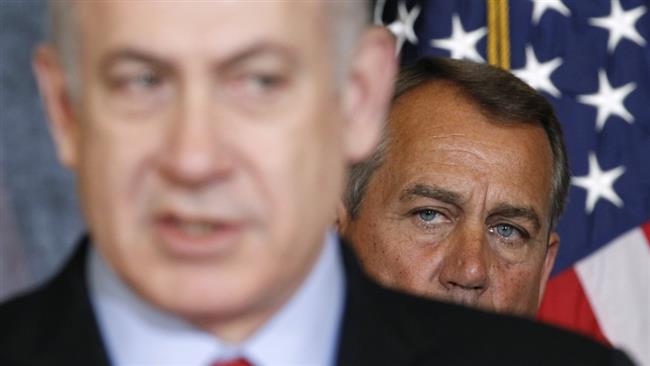 The chances of reaching a framework agreement between Iran and the world powers by the end of March are very poor, according to a classified report by the intelligence branch of the Foreign Ministry.

The report contradicts statements by Prime Minister Benjamin Netanyahu in recent weeks that the parties were close to signing an agreement by the end of March.

Netanyahu based his controversial decision to address Congress on March 3 on the fact that his speech is the only way he has left to try to stop the agreement.

The intelligence report is based on an analysis of a speech last week by Iran’s supreme leader Ayatollah Ali Khamenei.

The report, a copy of which reached Haaretz, was written by Sarit Young, a veteran researcher on Iran in the Foreign Ministry’s Center for Political Research. It was distributed last week to a number of Israel’s embassies worldwide following Khamenei’s speech to Iranian Air Force commanders on February 8.

Ayatollah Khamenei told the officers that he opposed a two-phase agreement with the world powers, the first at the end of March including general principles only, and the second, a comprehensive agreement by July 1. Ayatollah Khamenei said past experience showed that the powers used the time between the two phases to raise new demands against the Iranian nuclear program.

According to the report, this is the first time Ayatollah Khamenei has come out against the outline of the agreement reached in talks in Vienna in late November between the foreign ministers of Iran and the United States, Russia, China, Britain, France and Germany.

“Ayatollah Khamenei’s position will make it difficult in our view for the parties to reach an agreement. The remarks conform to the hard and uncompromising line of Iran’s supreme leader,” the report states.

The report also states that Ayatollah Khamenei’s opposition to a framework agreement was, among other things, “a clear response” to pressures on Iranian President Hassan Rouhani to reach a comprehensive agreement as part of an extension of the talks.

According to the report, Ayatollah Khamenei’s speech contains other indications that Iran was hardening its line toward proposals by the six world powers. As opposed to past speeches, Ayatollah  Khamenei did not use terms like “heroic flexibility.” That phrase is one Ayatollah Khamenei coined more than 40 years ago, when he was a young cleric, to describe the elements that led the second Shi’ite imam, Hasan ibn Ali, to sign a peace treaty with his enemies in 661 C.E.

Ayatollah Khamenei also made use of this term before the signing of the interim agreement with the powers in Geneva in November 2013. According to the Foreign Ministry report, the fact that Ayatollah Khamenei did not use the term last week, “is an indication of a lack of willingness to be flexible or to wait for a better offer” from the powers.

According to a senior official in Jerusalem who is intimately involved in the issue of negotiations between Iran and the world powers: “At the moment the Iranian side is saying no to everything.” The senior official, who asked to remain anonymous due to the political sensitivity of the issue, said: “Our concern is that precisely because of this, there will be some sort of compromise with the powers as part of the desire to reach an agreement.”

The assessment of the Foreign Ministry in Jerusalem regarding the chances of an interim agreement with Tehran being signed by the end of March, and the analysis of Ayatollah Khamenei’s speech, differ from analyses of officials dealing with negotiations with Iran

The journalist Laura Rozen, an expert on negotiations with Iran, reported Saturday on the Middle East affairs website Al-Monitor that the American administration is optimistic regarding the negotiations. The feeling that an agreement can be reached by the end of March has increased following the round of talks in Munich between February 6 and February 8, she wrote.

Rozen also said that Washington saw the speech as a positive signal that Ayatollah Khamenei would be “willing to accept a good deal” and that he was opposed to another extension of the talks.

Meanwhile, the Wall Street Journal reported Friday that Ayatollah Khamenei had sent President Barack Obama a secret letter a few weeks ago. The paper said the letter was a response to a letter from Obama a few months ago in which the president made clear that reaching an agreement on Iran’s nuclear program would open the door to cooperation between the two countries against the Islamic State (ISIS).

The Wall Street Journal quoted a senior Iranian official as saying that Ayatollah Khamenei’s response to Obama was “respectful” but noncommittal.

A senior official in Jerusalem said that the United States had not informed Israel of Ayatollah Khamenei’s letter and that Jerusalem was not aware of the existence of the letter from other sources.