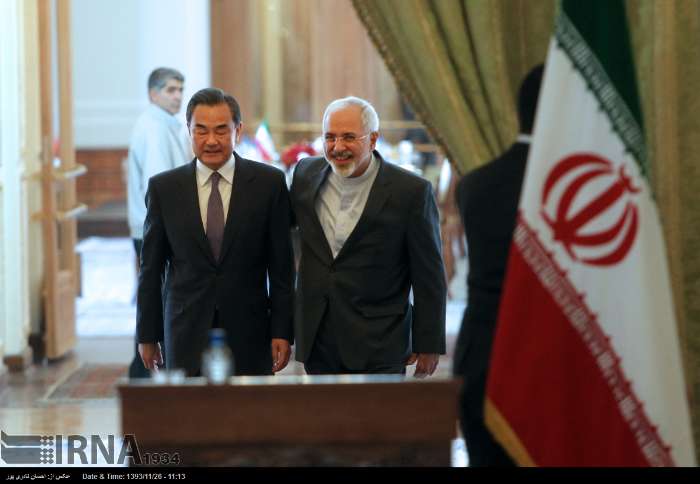 China is against another extension of the deadline for Iran to reach a deal with world powers in talks on its nuclear programme, Foreign Minister Wang Yi said in Tehran on Feb. 15.

“They have been extended twice, we hope that they will not be for a third time,” Wang said at a joint news conference with Iranian counterpart Mohammad Javad Zarif.

Wang said the talks between Iran and the P5+1 powers (the United States, Russia, China, Britain and France plus Germany) were a “historic opportunity” to resolve the longstanding dispute over Tehran’s nuclear efforts.

“The negotiations have seen positive progress,” he said, but “they have become more difficult and complicated” as they near conclusion.

Two deadlines for a permanent agreement on Iran’s nuclear programme have been missed since an interim deal was reached in November 2013.

Negotiators are now working toward reaching the political outline of a deal by March 31, with the cut-off point for the technical details of a comprehensive accord by June 30.

Disagreements in the talks centre on the extent of nuclear activities Iran will be allowed to continue and the timetable for the lifting of sanctions imposed on Tehran over its nuclear efforts.

Zarif also said “the opportunity must be seized” for a deal and said Iran was ready “to show flexibility to reassure the P5+1 group”.