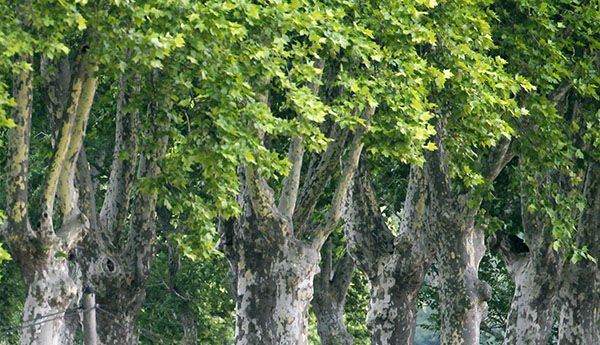 Trees are sacred to Iranians

In an opinion piece in Etemad daily, Ali Yachkaschi, a professor of environmental science, looks into how ancient Iranians respected trees and forests.

Trees were regarded as holy in ancient Iran. They have been also respected in Islam. But the way they are treated today shows no trace of sanctity or respect whatsoever.

Etemad newspaper on Feb. 3 ran an opinion piece by Ali Yachkaschi – a professor of environmental science, environmental activist and author – on the sanctity of trees in ancient Iran and the place of trees in Iranian culture. What appears below is a full translation of the piece:

Tress and forests were of immense significance in Iranian mythology which hails trees as good humans who have turned into trees after their death and have been given an eternal life. So cutting huge fruit trees was a practice widely frowned upon.

Ancient Iranians believed that anyone who cuts a tree would lose a loved one in the same year. Unlike what the Food and Agriculture Organization of the United Nations (FAO) claims, designation of a tree-planting day dates back to [the Prophet] Zoroaster’s time in a bid to protect and develop green space and forests. Zoroaster himself would plant a sapling on the tree planting day each year.

Platanus, cedar and Ziziphus were among the trees which were popular with the Iranians. The huge platanus tree has a wide leafy shade. People used to say that it would help prevent a breakout of fever and infectious diseases.

They held a similar belief about cedars which have had a key role in [ancient] Iran’s literature and art. Today medicine has proved that certain trees help kill microbes by emitting different kinds of essence into air.

Cedars hold a special place among tree species in Iran. Ancient Iranians always showed respect for them. Cedar was sacred for the Persians who showed high esteem for the tree. They also believed that eating cedar’s pollen, leaves and buds would lead to greater longevity. According to Persian myths, cedar had originated from the paradise, so it was called the Minoo [Paradise] tree.

The spiritual impact of this tree on Iranians was so much that its signs are still evident in all manifestations of the civilization. Islam too attaches vital significance to trees and forests. The Prophet Muhammad (PBUH), for instance, said that breaking a tree branch amounts to cutting an angel’s wing. The Prophet has even stressed – in different hadiths – the spiritual reward associated with planting trees and the scolding that comes with cutting them, or their branches.

Several hundred years Before Christ, Xerxes [of Persia, a king of the Achaemenid Empire] created the world’s first protected area. During a military offensive in which he took his troops to Asia Minor, Xerxes delegated the protection of a cedar forest to a royal guard.

According to reliable historic texts, Iranians made considerable practical efforts to take care of tree planting, forestry and forest management 445 years Before Christ, and drew up codified and legally binding laws in this regard.

Sperber holds that Iranians were the first people who established a forestry organization and paid special attention to sustainable development. “Others planted [trees] and we ate the fruits; we are expected to plant [this time] so that others can eat the fruits” is the meaning of “sustainable development” an Iranian old village man said in response to Anooshiravan [Khosrau] 14 centuries ago.

Von Hagen, a renowned German forester in the 19th century who was inspired by the old village man’s words, writes, “Exploit the forest as much as its trees grow and hand it over to posterity at least the way you got it from those living in the past.”

These comments which have been known as Hagen’s “golden words” mark the start of scientific thinking about sustainable development in Europe and the world. Later laws were passed on the exploitation of natural resources based on economic interests of European countries.

In 1972, the United Nations Conference on the Human Environment was held in Stockholm, Sweden and designated Dasht-e-Arjan National Park in south-western Iran as an international park where researchers from all over the world could do studies. For the first time the conference took into account the whole universe whose resources should be tapped into based on the principle of sustainable development.

An important question arises here: how come the wide expanses of forests are being destroyed in a country which attaches so much significance to the trees and forests, and treats them as holy things? As a case in point one can make mention of 2 million hectares of forests in northern Iran which were cut down in the first half of the 20th century.

The answer to this question cannot be offered here in this article, but we can in brief point to a change of attitude and consumption patterns in modern times, something which has resulted in irregular exploitation of natural resources, among them forests.

I hope I can elaborate on this topic in another piece and provide an answer to this vital question.

Translated by IFP from Ebtekar Newspaper