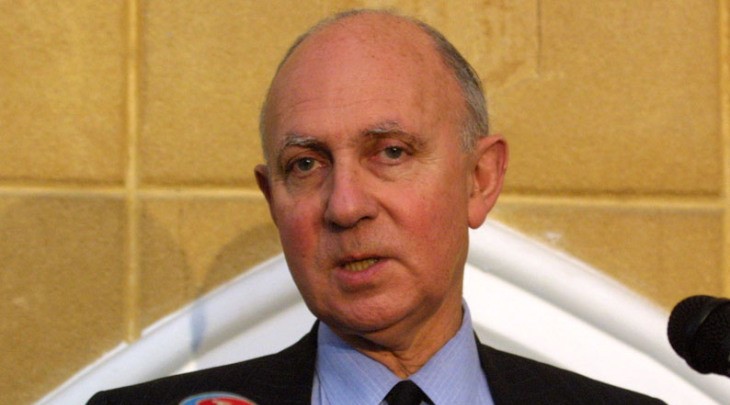 London, Feb 14, IRNA – Former British representative to the UN David Hannay has referred to the position taken by Iran’s Supreme Leader about the nuclear talks as positive noting that his support was highly welcomed by other negotiating parties.

In a clear demonstration of his support for the Iranian nuclear negotiating team, Ayatollah Khamenei has recently said that he ‘firmly’ backed a continuation of the negotiations and called for a single-stage, ‘detailed’ agreement which would serve interests of all parties.

‘I would go along with any agreement that could be made. Of course, I am not for a bad deal. No agreement is better than an agreement which runs contrary to our nation’s interests,’ said the Leader.

Tehran wanted sanctions be lifted swiftly rather than gradually as the members of the G5+1 want.

Supporting Leader’s position on the nuclear issue, Hannay said like other members of the Group 5+1, London recognizes Tehran’s legitimate right to pursue a peaceful nuclear program.

The British diplomat added removal of certain ambiguities about the peaceful nature of Iran’s nuclear activities would lead to settlement of the remaining disagreements between the two negotiating parties.

Referring to the Zionist regime’s interference in the process of the nuclear talks, Hannay said Tel Aviv is not entitled to get involved in the talks as it is not a member of the UN Security Council or a signatory to the Non-Proliferation Treaty (NPT).

Touching upon a decision made by the Zionist regime’s Prime Minister Banjamin Netanyahu to address the US Congress on March 3rd, the British diplomat said the visit has not been confirmed yet due to approaching time of the upcoming parliamentary election in the occupied land.

Hannay said it seems that the administration of the US President Barack Obama pays no attention to the pressures exerted by Netanyahu over making a nuclear deal with Iran.

Hannay added that as another member of the Group 5+1, London, too, is not influenced by the Zionist regime’s efforts against making a nuclear deal with Iran.