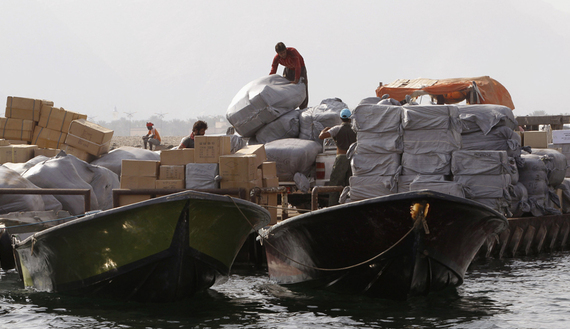 Habibollah Haghighi, chief of an Iranian task force to combat smuggling, announced that up to $25 billion worth of contraband was smuggled into the country between March 2013 and March 2014. Haghighi’s announcement came during a Jan. 22 meeting in Qom among seminary heads, in which he stated that the “trafficking of contraband goods hindered domestic production and had negative impacts on the economic, health care, medical and cultural sectors.” According to the official, the amount of contraband over the year was double the country’s development budgets.

Iran’s Central Task Force to Combat the Smuggling of Commodities and Currency, formed by direct order of the supreme leader, is affiliated with the Presidential Office, with the task force head serving as the president’s special representative. On July 3, 2002, Ayatollah Ali Khamenei issued an order establishing the office, stating: “Growth of trafficking and its harmful impacts on manufacturing, legal trade, investment and employment is a serious and significant danger that should be fought with full force. All relevant departments are obliged to play their role in this combat.”

Hamid Zangeneh, an economics professor at Widener University, told Al-Monitor that Iran’s high inflation rates and unemployment were the main reasons for the growth of smuggling. He said, “Another very sobering root cause of smuggling is the prohibition of many products in the market. Large bulks of these smuggled commodities are those that cannot be produced or purchased in the free market, such as alcoholic beverages, films, medicine, and most importantly, drugs.”