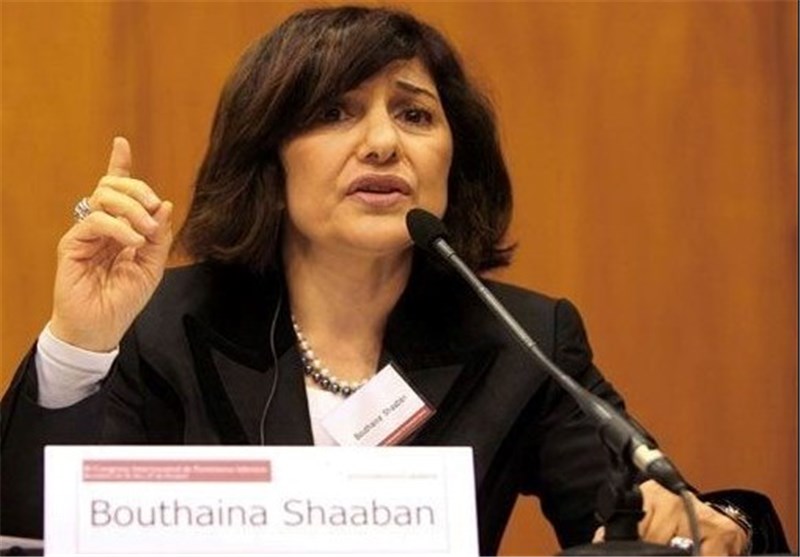 Speaking to the Tasnim News Agency in Damascus, Bouthaina Shaaban lauded the “deep-rooted and historic” friendship between Iran and Syria.

Rejecting the West’s anti-Iran claims, she expressed gratitude to Iran “for advocating human rights and justice” and for efforts to strengthen the international law.

Tehran has always insisted that a political approach would be the sole solution to the nearly four-year-old crisis in Syria, saying that campaign against terrorism should be top on the agenda.

Crisis in Syria that began in  March 2011 has killed close to 200,000 people and forced more than 3 million refugees to flee the country, according to the United Nations.