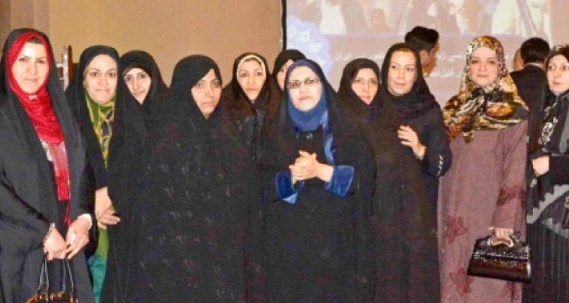 Guests attend a ceremony hosted by the Embassy of Iran to mark 36th anniversary of the Islamic Revolution: PHOTO: EXPRESS

ISLAMABAD: Scores of people attended the National Day reception hosted by the Iranian Embassy to mark the 36th anniversary of the Islamic Revolution.

In a traditional manner, the Iranian ambassador to Pakistan, Ali Raza Haghighian, stood at the reception greeting a gathering who came to celebrate the occasion Wednesday evening. A large number of government officials, diplomats, members of the civil society and prominent religious scholars dominated the hall. The atmosphere was celebratory following the suit of traditional customs as soon as Information Minister Pervaiz Rashid took his position on the stage as the chief guest. As the projector screen exhibited footage of Iran, national anthems of both the countries were played followed by a traditional cake-cutting ceremony.

The diplomat said Iran’s National Day spelled glad tidings for bilateral relations between Pakistan and Iran with an offer of 3,000MW electricity to Pakistan. Speaking to The Express Tribune, Muhammad Mahdiabadi, minister-consular, deputy head of mission said the Pak-Iran bilateral ties are stretched across different sectors of culture, economic and political fields. However, he added that the latest initiative to extend support to Pakistan’s energy sector is promising.

Another diplomat said that Pak-Iran ties despite sanctions and pressures are improving. There were no official speeches made by the ambassador or any other official present at the event.