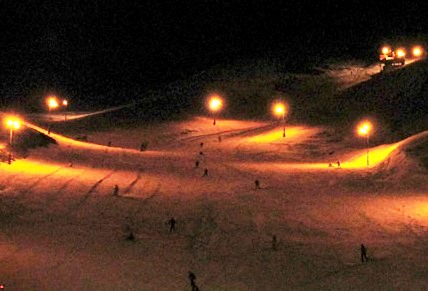 Tehran, Feb 13, IRNA – The 1st Iranian night skiing slope in Tehran’s Shemshak skiing resort which was opened on Feb 5 was shut down on Friday by police forces based on a judiciary verdict.

The Iranian Sports Facilities Development and Care Taking Company issued a communiqué on the issue, denouncing the non-ethical behavior of the skiers during the short while that the slope was used, including the indecent behavior observed during the opening ceremony of the slope.

‘The unethical and indecent behavior of a group of people during the opening ceremony of the night skiing slope was without priorly informing this company and harmonizing with us, since otherwise the Sports Facilities Development and Care Taking Company would have reacted appropriately,’ reads the company’s communiqué.

The Sports Facilities Development and Care Taking Company has also appreciated the timely and appropriate moves made by the judiciary and the police forces and asked for dealing with the violators of public decency norms accordingly.

Meanwhile, the Iranian Skiing Federation, too, has announced that the opening of Shemshak night skiing slope had been without informing that federation’s officials and asked for sever punishment of the violators.