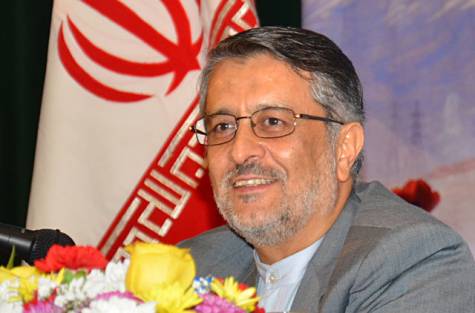 Mohammad Reza Fayyaz, the Ambassador of the Islamic Republic of Iran to the UAE

He made the remarks in a ceremony marking Iran National Day held in Iran’s Embassy in Abu Dhabi.

Referring to Islamic Revolution’s glorious victory in 1979, he recalled the significance of management in the form of religious democracy in light of Supreme Leader’s guidelines.

He further contended that the two neighboring states’ ties is a clear example of mutual respect and confidence which is rooted in the wise leaders’ thoughts and efforts of the two countries.

The ceremony marking 36th victory anniversary of the Islamic Revolution was attended by Culture, Youth and Social Development Minister Sheikh Nahyan bin Mubarak, Iranian and Emirati outstanding figures and a number of ambassadors and representatives of the different countries.