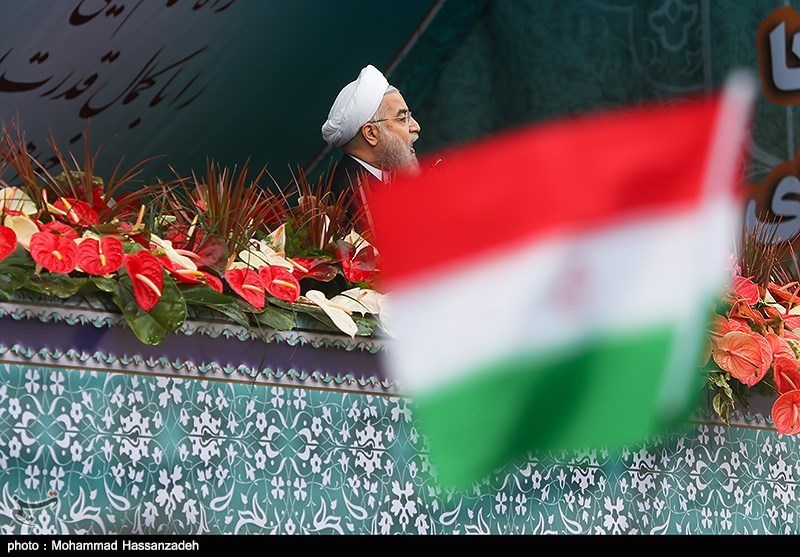 We safeguard our independence in nuclear talks: President

Tehran, Feb 11, IRNA – President Hassan Rouhani said principles and ideals of the Islamic Revolution will remain unchanged and if there are any changes in practice, they would also be in the frame of the Islamic Republic and through elections.

Addressing millions of Iranians congregating in Tehran huge Azadi (freedom) Square to mark the 36th anniversary of the Islamic Revolution on Wednesday, the president said, ‘Thirty six years ago our people demanded independence, freedom, and Islamic Republic and these ideals have remained unchanged up to now.’

The president said the Islamic Republic has core values and ideals of democracy and theocracy; and it is the implementation of sharia by a great nation.

‘As our beloved Imam said, our Islam is our Republic and our Republic is our Islam. We believe that the best way to materialize the will of people is to practice the Islamic teachings.’

The president also said Iran has an electoral system based on religious teachings, adding, ‘We respect this system and will respect it.’

The nation’s second demand was independence, said President Rouhani, adding that Iranians have strived for independence for decades or even centuries.

‘We defended our independence in the war and now we are doing the same at the negotiating table.

‘Today, only the enemies of this nation are against negotiations. The Zionists are doing their best but the world is aware of their treason.’

The president said the revolution was for removing behaviors which ignored justice, freedom, and religious values.

He said his administration is committed to people and to its promises up to the end and will try to meet its promises in all fields.