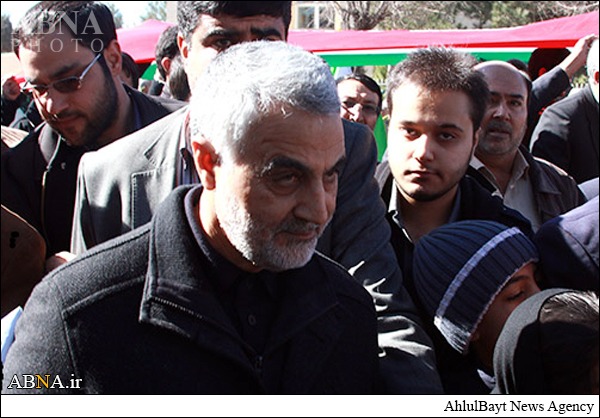 “Given the crushing defeats that ISIL and other terrorist groups have suffered in Iraq and Syria, we are certain that they have reached the end of their life,” Major General Qasem Soleimani said at a rally marking the 36th anniversary of the victory of Iran’s 1979 Islamic Revolution in the southeastern city of Kerman on Wednesday.

He further noted that arrogant powers, in their last scheme, have organized Takfiri groups in a bid to tarnish the image of Islam and fan the flames of sedition and internal war among Muslims.

The remarks come as the Syrian army, backed by fighters from Lebanon’s Hezbollah resistance movement, has made outstanding gains in operations against foreign-backed militants in a region close to the Israeli-occupied Golan Heights.

On Wednesday, Syrian forces reportedly managed to take full control of the town of Deir al-Adass, located about 63 kilometers (39 miles) south of the capital, Damascus, and the surrounding hills.

The forces also seized the village of Deir Maker, as well as the nearby areas of Tal al-Arous and Tal al-Sarjeh.

Nearly two dozen militants were killed in the clashes there.

Meanwhile, fierce exchange of fire is underway in the town of Kafr Shams, located in Syria’s southern province of Dara’a and just east of the Golan Heights.

Syrian troops are advancing in the area lining Dara’a, Quneitra and Damascus provinces near the occupied Golan Heights.