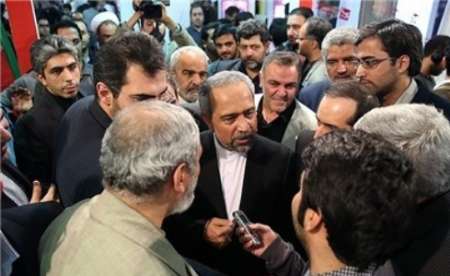 Semnan, Feb 11, IRNA – Head of President’s Office Mohammad Nahavandian said massive presence of people in the February 11 demonstrations will strengthen the nuclear negotiating team, as “The message of this presence to the other side is to be realistic and desist from the excesses.”

Speaking to reporters while participating in the demonstration held to mark the 36th anniversary of the victory of the Islamic Revolution, Nahavandian termed presence of people eye-catching and said the presence under circumstances in which there are significant negotiations undergoing with great powers of the world is specifically important.

Stressing that in the talks Iran has put a dignified agreement on the table, he said the message of the demonstrations to the other side is to give up the excesses, be realistic and accept the logic of the Islamic Republic.
He expressed the hope that the glorious presence of the people will remove impediments for progress and the positive movement which has been launched in the economy and culture of the country moves forward with graceful and coordinated steps.