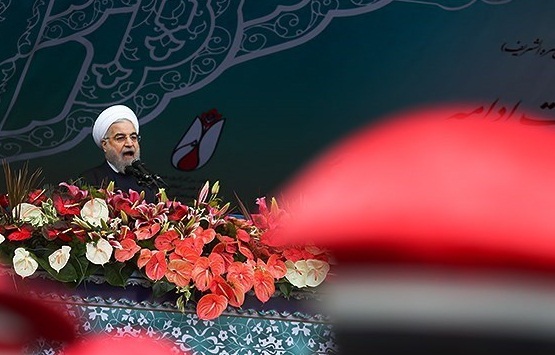 No end to Middle East strife without Iran: Rouhani

In a live televised speech to mark the anniversary of 1979’s Islamic revolution, Rouhani implicitly linked ongoing nuclear talks with world powers to resolving bloody conflicts in Iraq and Syria.

“If there is going to be peace and stability in the region, andterrorism is to be uprooted, there is no other way than with the presence of the Islamic republic of Iran,” Rouhani said.

The fall of the Shah was followed months later by the storming of the US embassy in Tehran by Islamist students, culminating in American diplomats being held prisoner.

The 444-day hostage crisis led to the severing of US-Iranian diplomatic relations and ushered in deep distrust between the two countries which persists to this day.

This year’s anniversary is the second to coincide with intense diplomatic efforts aimed at ending a 12-year standoff over Tehran’s nuclear programme.

Referring to the ongoing fight against extremists in Iraq and Syria, as well as political problems and instability in Yemen and Lebanon, Rouhani said Iran was playing a leading role in the Middle East.

“You’ve seen in Iraq, Syria, Lebanon and Yemen that the power that could help those nations to counter terrorist groups was the Islamic republic of Iran,” he said.

Rouhani then raised the issue of nuclear talks and lifting sanctions imposed on Tehran for pursuing its atomic programme.

“What we are offering is to reach a win-win agreement, in which Iran will show transparency in its peaceful nuclear activities,” he said.