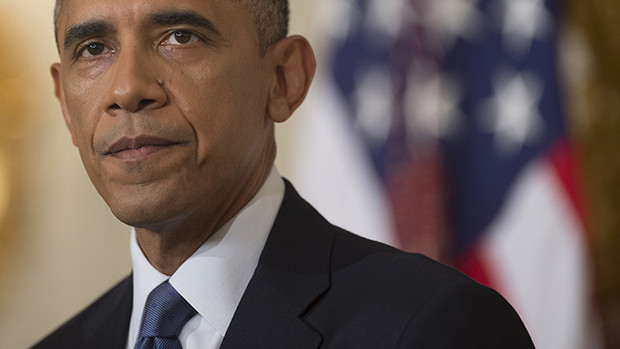 Proceed with caution on Iran diplomacy

Sitting next to Iran’s foreign minister on Sunday as he said that another extension of the nuclear talks isn’t “in the interests of anybody,” it seemed clear that this particular can isn’t going to get kicked down the road much farther.

The likelihood that the Iran negotiations are reaching a make-or-break point was reinforced by President Obama on Monday when he told reporters: “I don’t see a further extension being useful” if the Iranians don’t agree by late March to a framework that shows the world “that they’re not pursuing a nuclear weapon.”

The seeming impasse raises an unpleasant but essential question: What should the United States and Iran do if the talks fail? My answer would be that, at least initially, both sides would be wise to do nothing. It’s like a labor negotiation where both parties conclude that it’s in their interest to keep working by the old rules even after a contract has expired.

Pessimism about the negotiations is growing because the two sides seem far apart on key issues. Take the question of sanctions relief: Iranian Foreign Minister Mohammad Javad Zarif said Sunday that sanctions are a “liability” that should be removed quickly if there’s a deal. But American negotiators have insisted that sanctions would be removed gradually, in a phased process, as Iran shows that it is abiding by the terms of the overall agreement. When the two sides are so far apart on this basic issue, it’s hard to see how they will get to yes.

I had a close-up view of Zarif’s diplomatic skills when I moderated a 30-minute public conversation with him at the Munich Security Conference. He parried questions about key bargaining issues, arguing that he didn’t want to negotiate in public. He didn’t dispute that he’s a target for hard-liners who oppose any concessions to the United States.

That raises another delicate question for Washington if talks break down: how to avoid collapsing the authority of President Hassan Rouhani, who has favored negotiations, and reinforcing Supreme Leader Ali Khamenei’s suspicion that the talks were just a U.S. trick.

It’s clear that there will be political pressure in Washington and Tehran for punitive actions if the negotiations end. Congress is already discussing imposing more sanctions, and defiant hard-liners in Tehran will probably urge an expansion of the nuclear program. But both sides should be careful about taking unilateral actions that blow up the status quo.

One reason to wait for the other side’s move is to avoid being an easy target in the blame game that’s sure to come after an impasse. Iran will want to claim that it was the aggrieved party and that its generous concessions were spurned. The United States could counter that Iran never agreed to a formula for guaranteeing that its nuclear program is for civilian use only.

In this finger-pointing, any new U.S. sanctions could make Iran look like the victim; an Iranian push to resume large-scale enrichment would reinforce the case that Iran is pushing toward making a nuclear weapon. In such a public-opinion battle, each side might be better served initially by a “wait and see” approach that preserves options.

You can even imagine a legislative balance of terror: Congress could vote to adopt harsh sanctions if Iran resumed aggressive enrichment of uranium; the Iranian parliament could similarly vote to abandon limits on its enrichment activities if new sanctions are enacted. Swords would be drawn but not blood . . . yet.

What would a collapse of the talks mean for a Middle East that is already wildly unstable? Iranians seem convinced that, with the rise of the terrorist Islamic State, the United States needs Iran’s help in Iraq. But the counterargument could also be made: Iran has chaos on its borders; a rupture in the talks would leave it fighting multiple enemies, with no reliable allies.

Iran must also reckon with the dangerous prospect that Saudi Arabia, Egypt and perhaps Turkey would begin their own bomb-making programs, in a post-negotiation world.

And if the talks should succeed? I asked Zarif whether Iran might join Saudi Arabia, Turkey, Russia and the United States in seeking a framework for resolving the region’s catastrophic sectarian disputes. Zarif embraced the idea.

Is the moment ripe for a deal with Iran? After last weekend, I’m more doubtful. But that doesn’t mean it’s a good time to go to battle stations in a confrontation that could lead to another Middle East war. Not when Iran is isolated internationally and embattled in its neighborhood — and needs an agreement more than its leaders seem to realize.

By The Washington Posts