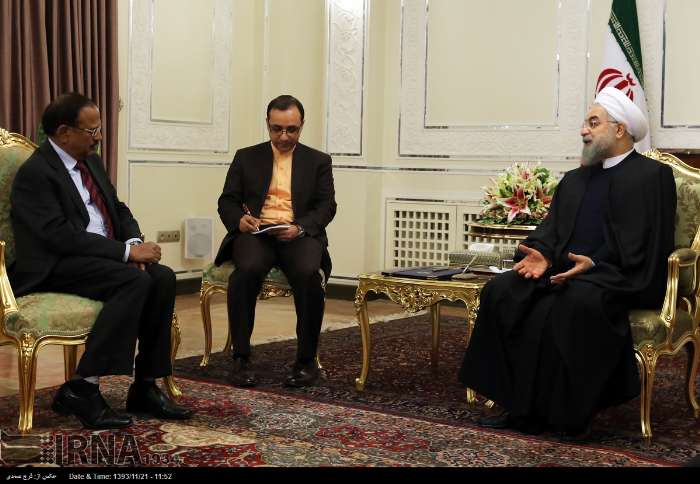 President: Iran has taken due steps in nuclear talks

‘We have taken the necessary steps and now it is the other side’s turn to seize the opportunity,’ said the president on Tuesday in a meeting with India’s National Security Advisor Ajit Kumar Doval.

The president said Tehran welcomes further expansion of cooperation with New Delhi which strengthens peace and security in the region.

Referring to development of Chabahar Port, the implementation of Chabahar–Zahedan Railway project, and expanding Port of Jask to make it an important oil export port, President Rouhani said Iran is ready to cooperate more closely with Indian private sector.

Meanwhile, the Indian official said Asia will have an important role in international developments in future and Iran along with countries such as China and India should play their roles in economic and political fields.

He said Chabahar can become the North-South Corridor in the region and New Delhi looks to it as a place for quick development of relations.