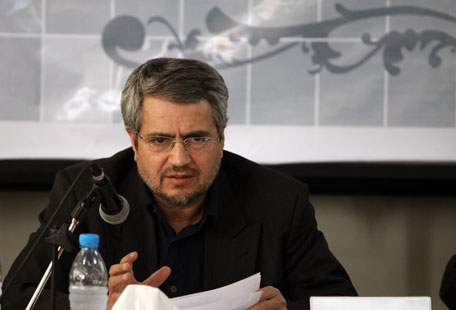 Tehran, Feb 10, The Iran Project – Gholamali khoshroo’s appointment as permanent representative to the UN was announced by the Iran’s Foreign Ministry through an official statement issued on January 28th and makes many, either inside or outside Iran, to speculate the Iran’s message behind this and to review the implication of this appointment.

This pick appears to be important for several reasons. Technically, the very position of permanent representative to the United Nations as high profile one may functions as a key channel through which the envoy may be engaged diplomatically on the world stage. Apart from this technical issue, there are some other facts which signify this as an underlying development.

Khoshroo’s appointment came after Iran and US were embroiled in a diplomatic struggle over Iran’s’ nomination to the position, Hamid Abutalebi, for several months. In April 2014, US officially rejected to grant a visa to the proposed ambassador for the possible envoy’s link to 444-day hostage crisis in 1979-1981. After blocking its pick, Iran further announced to have no plan to name a new replacement and pledged to pursue the case via the UN’s legal mechanisms. Although Iran was choosing to prologue a controversy rather than to assign another candidate in April 2014, it came to name another candidate in late January 2015. It seems that as Mohammad Javad Zarif has reiterated in the article in Foreign Affairs : ʺIran will prudently manage its relations with the United States by containing existing disagreements and preventing further tensions from emerging unnecessarily, thereby gradually easing tensionsʺ. This statement is clearly a part of the Iran’s foreign policy’s conceptual framework under the current administration whose principles mainly consist of dignity, rationality and prudence. There is no doubt that the incidence is part of Iran’s willing to move toward a clear rationalization and a strong pursuit of engagement foreign policy. Iran’s leader, Ayatollah Khamenei recent remarks in a meeting with the commanders and staff member of Iranian Air Force is indicative of the engagement policy, as well. In his speech, he rejected the bad deal, but reiterated to back a fair nuclear accord with the powers.

Khoshroo as a compromise candidate

As a co-founder of the Foreign Ministry School for International Relations, Khoshroo was appointed as an Iran’s ambassador and deputy representative at UN from 1989-2005. He served as the deputy foreign minister for legal and International affair and is well-known for his effort to promote “Dialogue of Civilization” either in his service in Khatami administration from 2003 to 2005 or his subsequent diplomatic works. Technically, assignment to the Iran’s permanent representative to UN would require agreement by Iran’s supreme leader, Ayatollah Khamenei, president Rouhani and foreign ministry, Mohammad Javad Zarif. Khoshroo’s professional career as a veteran diplomat on one hand, and his strong support by the key elements in Iranian politics, on the other hands, leave no doubt that a consensus over his candidacy has been achieved and this is why almost no serious objection has been raised over his appointment inside Iran.

Contribution to a nuclear deal

Naming Khoshroo to fill the long-vacant position of the Iranian ambassador to the UN may offer new hopes amid the Iranian negotiators’ striving to obtain large-scale sanctions relief and to reach a comprehensive nuclear accord by late June. Khoshroo has had a significant connection with the Rouhani Government’s pursuit of a nuclear agreement with the West. According to Iranian Foreign Ministry, his active role in Iran’s nuclear talk with US and the major powers has been outstanding. Given to this background, his contribution to facilitate the way to achieve a deal with west and finally removing the sanction is expected.