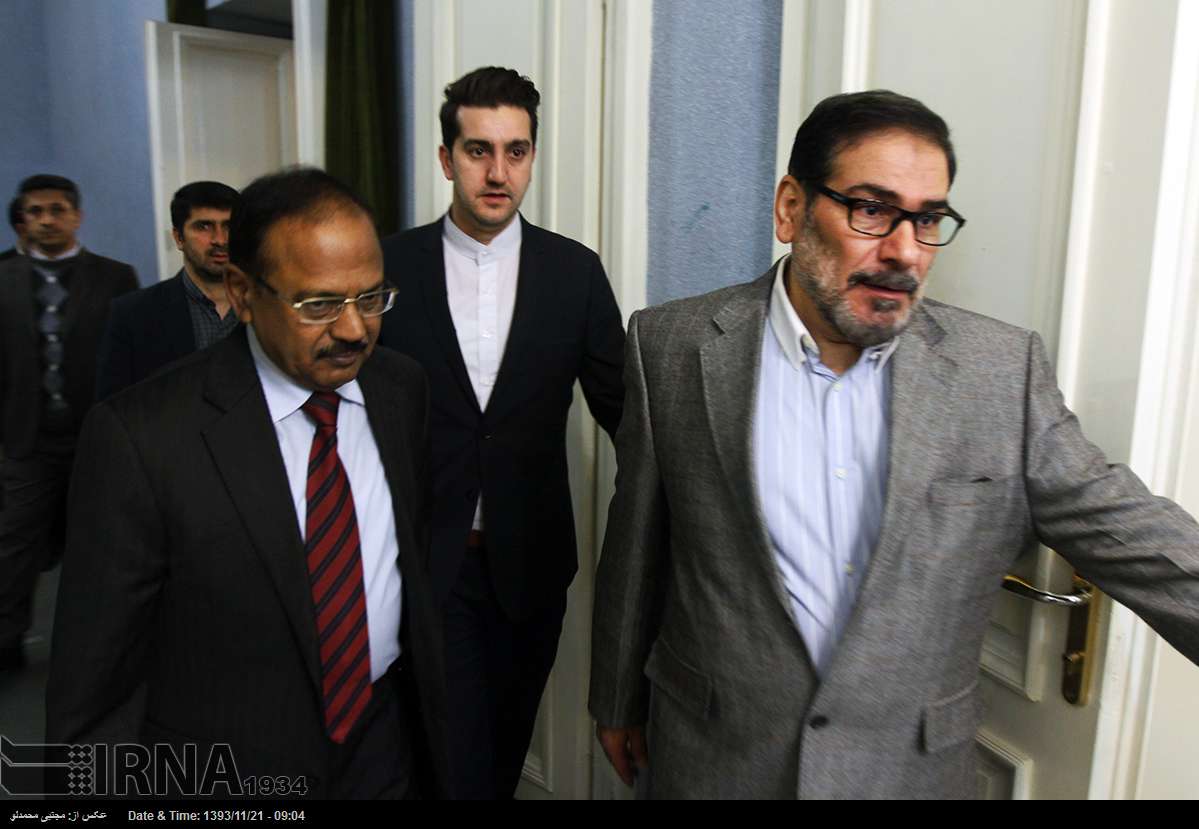 Shamkhani made the remarks in a meeting with India’s National Security Advisor Ajit Doval in Tehran.

Iran and India are two neighbors without joint borders and the two sides’ political leaders are determined to broaden cooperation in line with their national interests and maintaining stability of the entire region, Shamkhani said.

Referring to common historical and civilizational commonalities, he welcomed investments of Indian companies in Iran’s development projects such as construction of ports and rail tracks in east Iran along with transit of goods between the two sides.

Implementation of economic agreements between the two countries will play a decisive role in expanding economic cooperation which in turn will bring economic prosperity for both sides, he said.

Iran has given stern warning on spread of terrorism and its consequences which are rooted in financial and military support of certain western states and their allies in the region for Takfiri terrorists in Syria and Iraq, he said.

Unfortunately, the pressure exerted by western states and denying the legitimate rights of people as well as their attempts to topple their governments led to creation of Takfiri terrorist groups and increase of the crisis in the region, Shamkhani said.

Given significant role of Non-Aliened Movement (NAM) in bolstering global peace and stability, he called for closer cooperation between regional countries in the fight against terrorism.

Doval, for his part, praised Iran’s brilliant role in fighting terrorism and its positive role in restoration of stability and security to West Asia and called for expansion of all out cooperation between the two countries.

Referring to significant role of Iran and India in maintaining the stability and security of the region, he said the two sides have always tried to broaden cooperation without leaving any negative impacts on other countries.