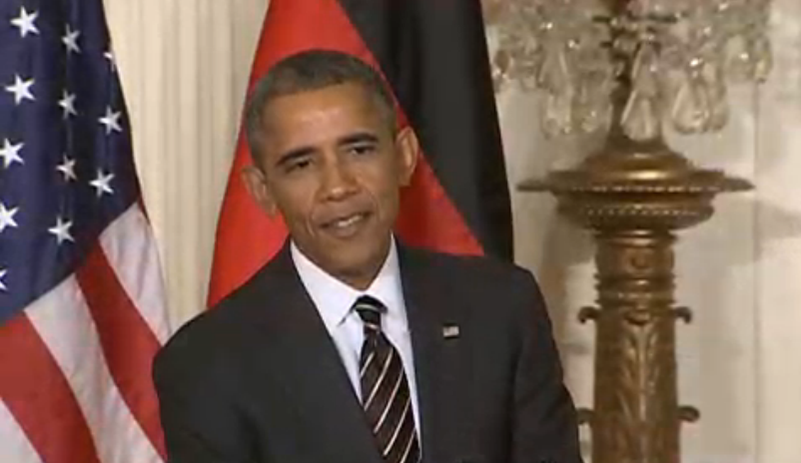 Obama: Time has come for Iran to decide on nuclear deal

WASHINGTON (AP) — President Barack Obama says the time has come for Iran to make a decision on whether to accept a nuclear deal.

Iran and a group of six world powers hope to reach the broad outlines of a deal on Tehran’s disputed nuclear program by March. The deadline has been extended, but Obama says he doesn’t see a further extension being useful.

The president spoke at a White House news conference Monday with visiting German Chancellor Angela Merkel. Germany is also a party to the negotiations, along with Russia, China, Britain and France.

Obama says the extended negotiations have been time “well spent.” He also tells reporters that technical issues have been resolved and the only question remaining is whether Iran has the political will and desire to reach a deal.