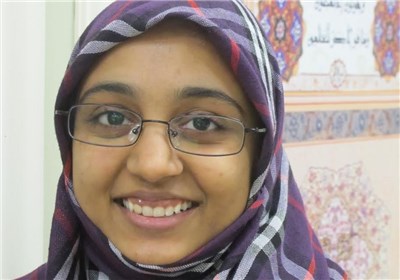 TEHRAN (Tasnim) – An American Islamic activist hailed the recent letter by the Supreme Leader to Western youths, describing it as peaceful words that give hope and strengthen the spirits of its audiences.

On January 21, Supreme Leader of the Islamic Revolution Ayatollah Seyed Ali Khamenei wrote a letter asking the European and North American youths not to judge Islam based on the recent terrorist attacks in Paris.

In his letter, Imam Khamenei urged Western youths to try to gain a direct and firsthand knowledge of the religion in reaction to the flood of prejudgments and disinformation campaigns.

Speaking to Tasnim about the letter, Khadijeh Zeidi said, “He (the Leader) shows an image of Islam that I, as a young Muslim, want to share with all my non-Muslim friends.”

The letter is an image of Islam I can happily and proudly share as the image of “my Islam”, an image that encapsulates everything I find beautiful, Zeidi added.

She further noted that the Supreme Leader invites Western youths and their hearts to an open discussion, adding that the letter can hardly be ignored by its audiences (Western youths).

“He writes so simply and so effectively, that it is difficult for anyone to ignore this letter,” she explained.

Zeidi also described the letter as telling the youth to break all preconceived notions, and to only accept intellectual thought, wisdom, and pure sources to guide their judgments.

“He asks us to be fair, to be curious, to inquire and to reject any answer that are being forced upon us,” she stressed.