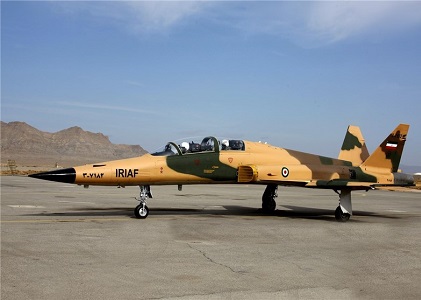 The supersonic warplane is a twin-seat fighter jet designed and manufactured by the local experts.

In a ceremony in Tehran, the new aircraft was unveiled and delivered to the Air Force.

According to Hatami, the new fighter jet’s mission is providing “close support in tactical operations.”

Another application of the plane, he added, is to provide “advanced” training for pilots.

The deputy minister said many “indigenous systems” have been installed on the homegrown jet.