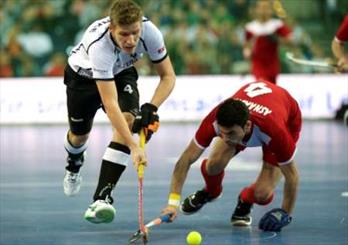 Iranian outfit were defeated 13-2 against Germany during the ranking match today.

Iran has been grouped with host Germany (three-time defending champion), Austria, Czech Republic, Australia, and Sweden in Pool A, and managed to get to quarter-final with four points.

In the quarter-final, Iran won against Russia 8-5 and secured its position in the semi-final.

During the semi-final which took place last night, Iran was defeated against Austria 7-5.

Iran, ranked 10th in the FIH Indoor World Rankings and finished fourth in Pool A, caused one of the biggest shocks in Indoor World Cup history by hammering Pool B winner Russia.

Iran had come ninth in the previous edition held in Poznan, Poland.