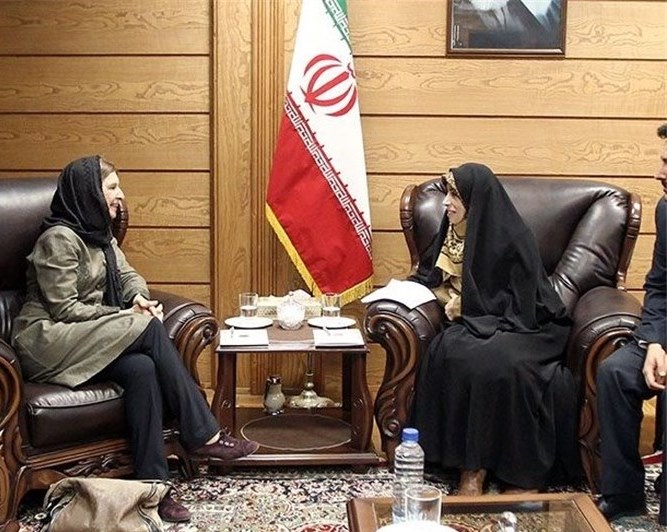 In a meeting in Tehran on Sunday, Aminzadeh said Iran welcomes the development of cooperation with Norway in all spheres, including economy, politics and culture.

She predicted a bright future for the ties between the two countries given the potential for mutual interactions in cultural, social and legal spheres.

Elsewhere in her remarks, Aminzadeh praised Norheim’s role in promoting bilateral relations between Tehran and Oslo.

The Norwegian diplomat, for her part, voiced Oslo’s willingness to boost cooperation with Tehran.

“The time has now come for the promotion of bilateral relations,” she said, adding that good high-level talks are going to be held between the two countries in the near future.

Norheim also pointed to Iran’s nuclear issue and expressed the hope that the sanctions imposed on Tehran over its peaceful nuclear program would be lifted as soon as possible.