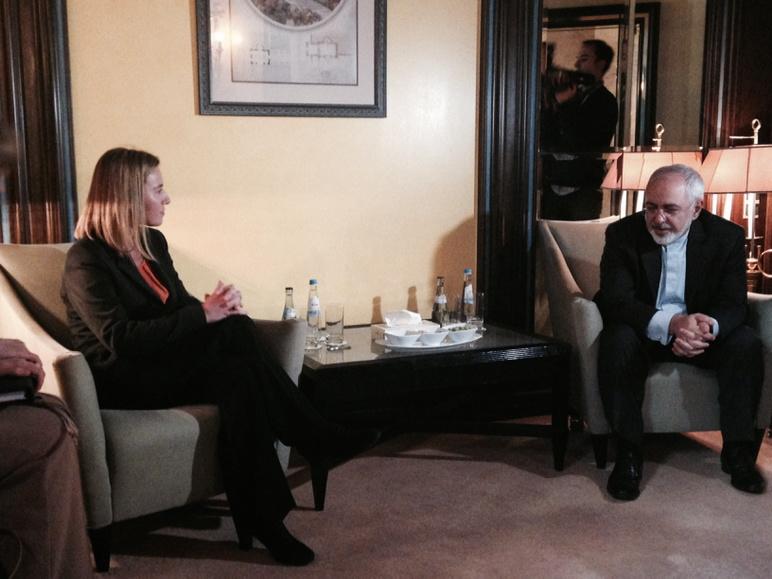 EU foreign policy chief, Federica Mogherini, says the P5+1 group has a strong political will to reach a deal with Iran over Tehran’s nuclear program.

The top EU diplomat made the remarks in a meeting with Iranian Foreign Minister Mohammad Javad Zarif on the sidelines of the Munich Security Conference on Saturday, IRNA reported.

Mogherini added that a final deal over Iran’s nuclear program would have a positive impact on the developments in the Middle East.

The two diplomats also exchanged views on the regional developments, including the situation in Syria and Yemen. They also conferred on ways to counter extremism and terrorism.

Zarif held separate talks with his German, British and Russian counterparts in Munich on Saturday a day after he sat down with US Secretary of State John Kerry.

Following the meetings, Zarif said in an interview with the Iranian state television that a deal cannot be reached unless the P5+1 group takes “a political action and decision.”

Meanwhile, Iranian deputy foreign ministers Abbas Araqchi and Majid Takht-e-Ravanchi are scheduled to sit down with US Undersecretaries of State William Burns and Wendy Sherman, later on Saturday.

Iran and the P5+1 group of countries – Russia, China, France, Britain, the US and Germany – are seeking to reach a high-level political agreement by March 1 and to confirm the full technical details of the accord by July 1.

Since an interim deal was sealed in the Swiss city of Geneva in November 2013, the negotiating sides have missed two self-imposed deadlines to ink a final agreement.