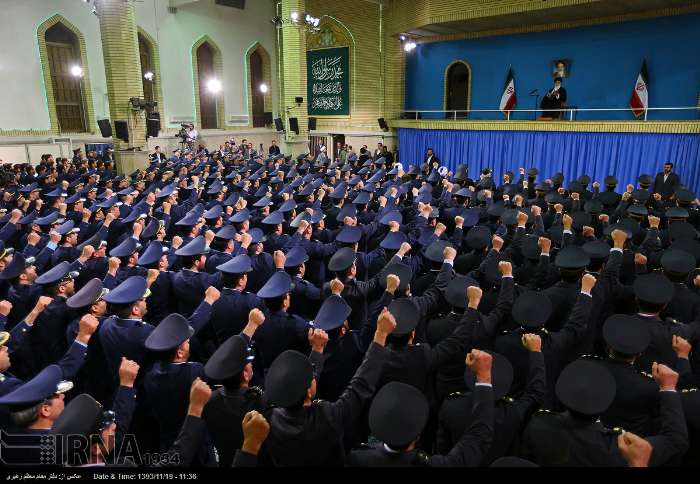 No nuclear deal better than any deal: Leader

Leader of the Islamic Revolution Ayatollah Seyyed Ali Khamenei says Iran would rather not sign any nuclear agreement with the P5+1 than strike a deal that contradicts the interests of the Iranian nation.

During an address to Islamic Republic of Iran Air Force commanders on Sunday, Ayatollah Khamenei said Iran agrees with the US on that no deal between Tehran and the P5+1 is better than any deal.

Ayatollah Khamenei further said Iranian nuclear negotiators are making efforts to secure the removal of hostile sanctions against Tehran during their discussions with the six world powers, adding, however, that if they fail to do so, there are numerous ways inside the country to blunt the impact of the US-led bans.

In order to reach a nuclear accord with the P5+1, the Islamic Republic has currently suspended 20-percent uranium enrichment as well as the development of centrifuges and nuclear facilities in Arak and Fordo, said the Leader, adding that Tehran has acted logically in the course of the negotiations, while the other side seeks to blackmail the Iranians.