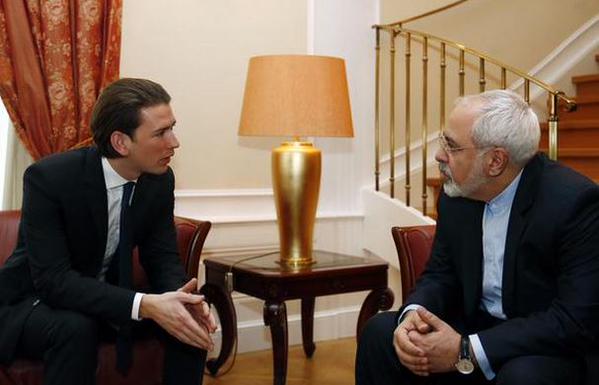 TEHRAN (Tasnim) – Austrian foreign minister announced that his country is ready to host another round of negotiations between Iran and six world powers over Tehran’s nuclear energy program in the capital, Vienna.

In a meeting with Iranian Foreign Minister Mohammad Javad Zarif on the sidelines of the 51st Munich Security Conference on Saturday, Sebastian Kurz put forward the suggestion that Vienna will host the nuclear talks between Iran and the Group 5+1 (the five permanent UN Security Council members plus Germany).

Vienna has already hosted a number of meetings between representatives from Iran and the Group 5+1 to settle a decade-long standoff on the country’s nuclear energy program.

According to the Austrian foreign ministry, Zarif has sent a signal that there is a possibility of holding another round of nuclear talks in Vienna.

Before the meeting between the two foreign ministers, Kurz had told reporters that Austria is satisfied with the previous rounds of nuclear talks held in Vienna, the Austrian newspaper Wiener Zeitung reported.

While scores of foreign and defense ministers have gathered in Munich for the annual security conference, Zarif is engaged in active diplomacy and tight meetings.

Zarif and US Secretary of State John Kerry met on Sunday for the second time in three days in Munich for talks on Tehran’s peaceful nuclear program.