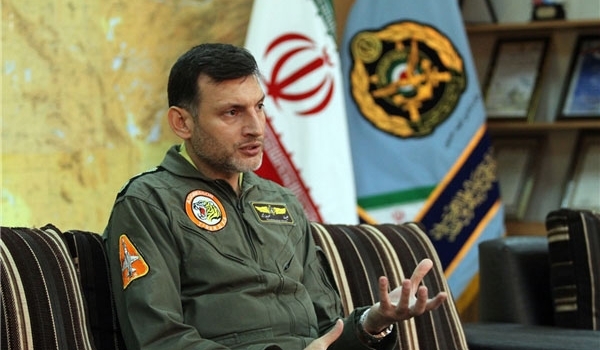 TEHRAN (FNA)- An Iranian air defense commander underlined the inefficiency of sanctions on the country’s progress, and said Tehran has gained self-sufficiency in manufacturing different types of military tools and equipment.

“Some major world states enjoy the monopoly in building military equipment and most countries don’t have such a capability, but manufacturing such equipment has happened in Iran and we have been able to grow self-sufficient in repairing (overhauling) and building warfare tools,” Commander of Martyr Major General Habibi Air Defense Base in Northeastern Iran General Alireza Nasrollahnejad told FNA on Saturday.

He downplayed the impacts of the western sanctions on the progress of Iran’s Air Force, and said, “Air Force experts have turned the threats into opportunities and managed to meet the needs to different parts through cooperation with scientific and academic centers.”

Noting that the Iranian Army has developed strategies and macro-scale defensive policies for the next ten years, Nasrollahnejad emphasized, “We can effectively confront any possible threat with maximum power.”

“Special weapons should be used appropriately and based (on the needs which arise at) specific periods of time,” Shafaqat said in the Northern city of Babol.

“Today, we are honored that we have been able to grow needless in the defense equipment sector with the help of our young scientists and thinkers and now we provide all the needs of the Armed Forces with the best quality,” he added.