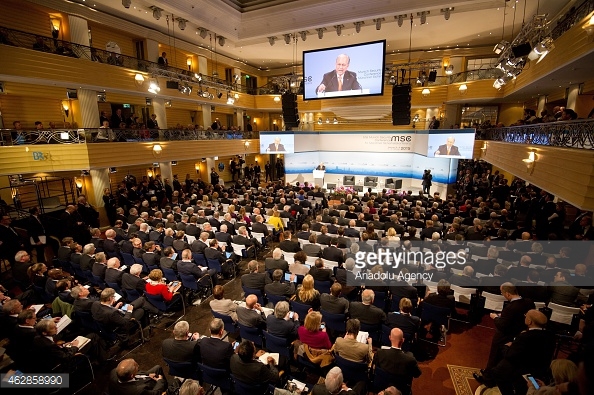 Heads of state, defense and foreign ministers and other high-ranking government officials are here at the 51st Munich Security Conference.

Over the next few days, 400-some decision-makers hope to tackle the most pressing issues in global politics.This year’s key topics are the escalating crises in the Middle East and Ukraine. It’s a platform for leaders to meet and find diplomatic solutions.

The conference’s timing couldn’t be better as ISIL continues its activities in Syria and Iraq. The fighting in Eastern Ukraine is also intensifying.German Chancellor Angela Merkel is scheduled to attend the conference. She’ll be arriving on Saturday after her abrupt visit to Moscow on Friday.

Ukrainian President Petro Poroshenko and Russian Foreign Minister Sergei Lavrov are also expected to come face-to-face at the conference.
Iranian foreign minister Javad Zarif also arrived and swiftly went into a meeting with German foreign minister Frank-Walter Steinmeier. He also held a meeting with the U.S. Secretary of State John Kerry.
It’s unclear what tangible solutions could come out of the Munich Security Conference. But according to the German defense minister, the main objective is just create more space for mediation.The global refugee crisis and the war on terrorism are also on the agenda this weekend.