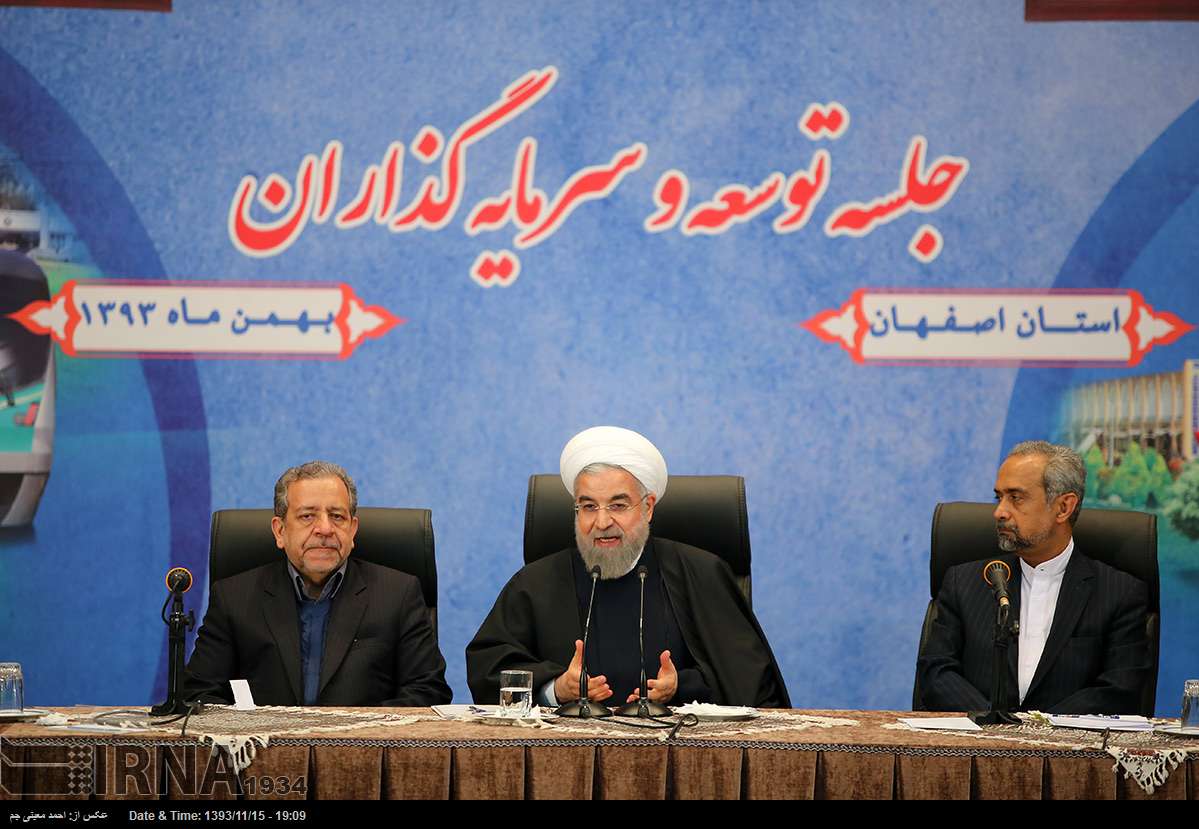 President: New gates opened to make up for oil-income drop

ˈWhen this government took charge the inflation rate in the country was 40% and that figure has now lowered to 26%, elaborating on the new gates for increased foreign income as the boosted non-oil exports of the country, thanks to the Iranian technicians, exporters, and nationˈs endeavor.

The president said that in the long run the investments should be directed towards the tourism industry, production of artistic works and modern technologies.

ˈThe capacities in industrial, agricultural and mining fields are not very vast and today we need to change our path a little bit and steer into new fields with greater space for making investments, not forgetting the need for job creation for the dear Isfahani citizens,ˈ he said.

The president appreciated the broad presence of people in his reception ceremony in Isfahan and said that their presence lighted the flames of hope in his heart and the hearts of his cabinet members.

President Rouhani said that although there are problems ahead, he is very hopeful for a bright future for Iran and the great Iranian nation.

He also thanked God for the achievements that the Health Ministry and Sports and Youth Ministry have achieved in the course of the past 18 months of his cabinetˈs tenure, all of which he said are thanks to the peopleˈs presence, contributions, and assistance.