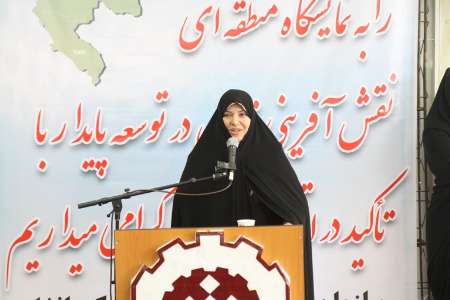 Official: 100 billion rials facilities to be paid to women entrepreneurs

Fahimeh Farahmandpour made the remarks in the opening ceremony of an exhibition on womenˈs cababilities in west of Iran.

She continued that the aim of exhibitionw is to evaluate womenˈs business capabilities.

Farahmandpour said that next year her office in cooperation with the office of Vice-President for Women and Family Affairs will establish a permanent marketplace and a regional one for presenting products made by women in several locations in the country.

She concluded that in order to decrease problems in the field of enterpreneurship, her office held negotiations with the managing director of Imam Reza Mehr Fund.

The exhibitions were held in western provinces of Kermanshah, Ilam, Kurdestan, West Azarbaijan and Hamedan.