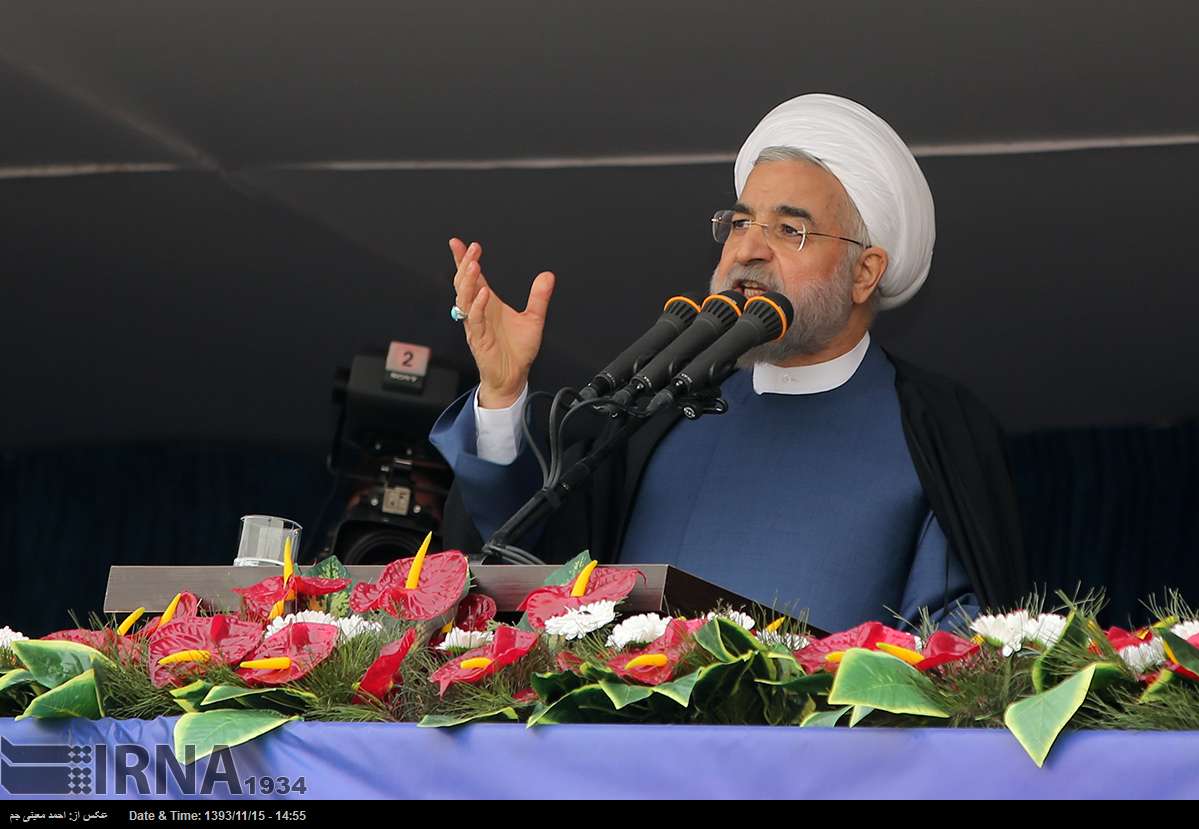 TEHRAN: Iran’s President Hassan Rouhani berated the world’s nuclear powers Wednesday, saying atomic weapons had not kept them safe and reiterating that his country was not seeking the bomb.

Rouhani, in an unusually fiery speech, avoided explicit mention of ongoing nuclear talks between the West and Iran but accused atomic-armed states of hypocrisy.

“They tell us ‘we don’t want Iran to make atomic bombs’, you who have made atomic bombs,” Rouhani said in Isfahan, a city 400 kilometers (250 miles) south of the capital Tehran.

He then took aim at Israel, which has never acknowledged that it has nuclear weapons, dubbing the Jewish state a “criminal”.

“We don’t need an atomic bomb. We have a great, self-sacrificing and unified nation,” he said, referring to Monday’s launch of an observation satellite into space by Iran.

“Despite pressures and sanctions, this nation sent a new satellite into space,” added Rouhani, who personally ordered the launch — Iran’s first since 2012.

In another barb, Rouhani criticized the United States’ healthcare provision.

“You didn’t manage to cover all your people for insurance… but my government, which serves the people, has covered everyone for insurance,” he said.

“You, in America didn’t manage to resolve the health problem.”

US President Barack Obama’s landmark healthcare reform, dubbed “Obamacare”, provides medical insurance for millions who previously lacked it, but its implementation was dogged by snags and his Republican opponents still seek to repeal the law.

Iran is in negotiations with the P5+1 powers — Britain, China, France, Russia and the United States, plus Germany — aimed at a deal to resolve a long-running dispute over its nuclear program.

Under an interim deal, Iran’s stock of fissile material has been diluted from 20 percent enriched uranium to five percent in exchange for limited sanctions relief.

Rouhani has in recent days come under pressure over the talks, with members of parliament pushing for laws that would rip the interim deal and speed up the country’s nuclear program.

Experts say measures imposed in the interim deal pushed back the “breakout capacity” to make an atomic weapon.

In seeking to scale up its nuclear production, however, Iran says it needs to increase its uranium enrichment capacity to make fuel for a fleet of power reactors it is yet to build.