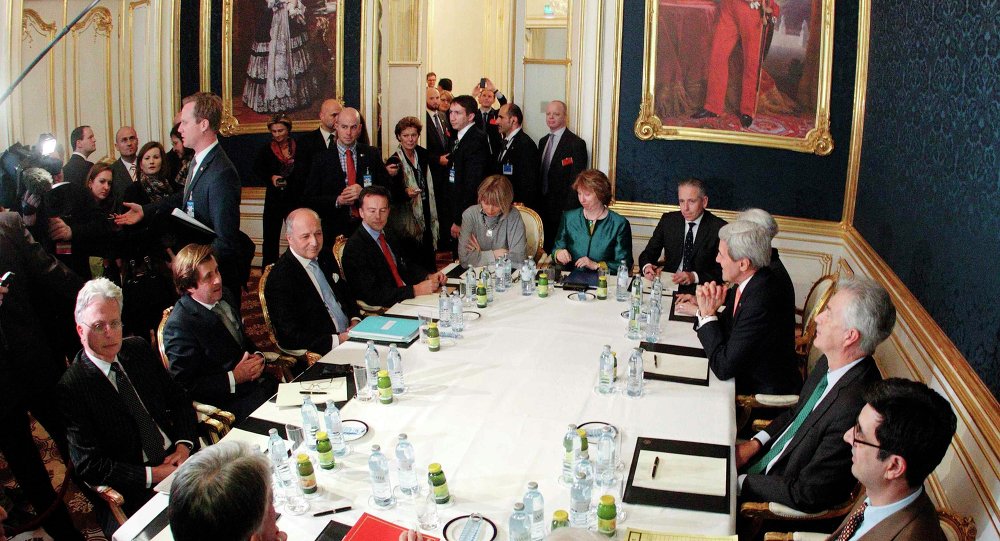 Sebastian Fischer could not confirm formal negotiations between the E3 plus 3 and Iran, he said diplomats from all the relevant countries in the Iranian nuclear dispute are attending the high-profile Munich security confab and therefore, there was the likelihood they could meet on the sidelines of the three-day event.

We expect the issue of Iran nuclear talks to somehow play a role at the Munich conference, added Fischer.

Iranian Foreign Minister Mohammad Javad Zarif is scheduled to join his American, German and French counterparts at a panel discussion on Iran at the Munich Security Conference on Sunday, organizers announced earlier.

Hundreds of leading decision-makers and prominent senior analysts from dozens of countries are slated to participate at the confab to dwell on various top political and security issues, notably terrorism, the Ukrainian conflict and the Mideast crisis hotspots.

Some 20 heads of states and governments as well 60 foreign and defense ministers are expected to take part in the security meeting in the southern German city, widely regarded as the top annual gathering of political movers and shakers on global strategic issues.