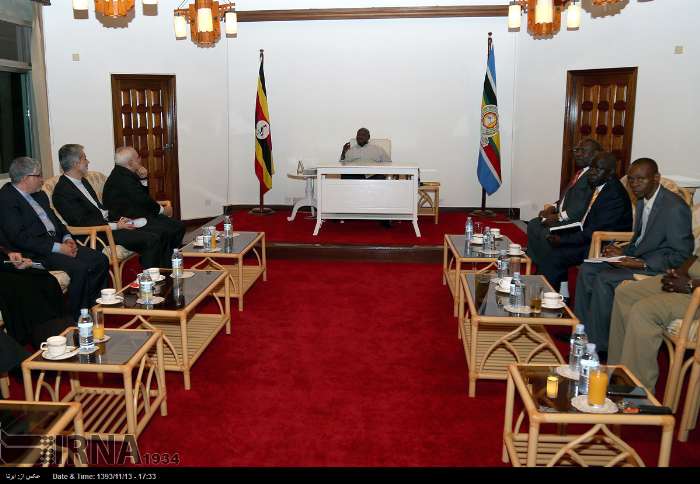 Kampala, Feb 3, IRNA – President of the Republic of Uganda Yoweri Museveni said Iran has always looked to Africa with good faith and as a friend and partner of the contininent.

In a meeting with Iranian Foregin Minister Mohammad Javad Zarif in Kampala on Monday evening, Museveni said Uganda welcomes expansion of ties with Iran in all political, economic, cultural, scientific, and security fields.

Meanwhile, Zarif, referring to the importance of ties with Africa in Iran’s foreign policy, said south-south cooperation is the most efficient way to solve the problems of these countries.

Zarif added Iran-Uganda relations are growing and Tehran is willing to open a new chapter in cooperation with Africa.

‘Unfortunately, terrorism, violence, and extremism have become big problems in many parts of the world such as the Middle East, Africa, and Europe and the conditions require serious and realistic cooperation to remove the threat.’

Iranian foreign minister, who is on an African tour, arrived in Kampala on Monday evening from Nairobi.