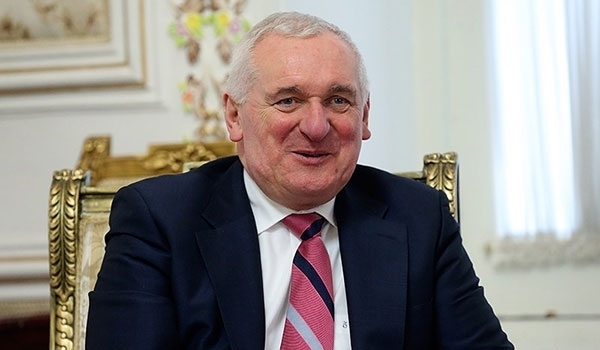 TEHRAN (FNA)- Former Irish Prime Minister Bertie Ahern arrived in Iran on Tuesday to confer on the expansion of mutual cooperation in various domains, specially in the economic sector.

While in Iran, the Irish delegation will hold talks with senior Iranian officials, representatives of private sector and the investment companies.

Iran, on many occasions, has stressed that expansion of ties with friendly states stands atop its foreign policy’s agenda.

Meantime, so many European and African states have sought to consolidate relations with Iran after the country and the six major world powers cut an interim deal over Tehran nuclear program on November 24, 2013.