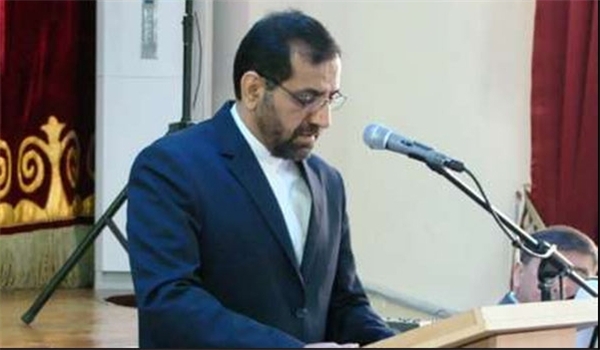 “The Supreme Leader’s message to the youth in Europe and North America is a pragmatic advice and a rational dialogue pursuing to confront Islamophobia,” Najafi told reporters in Bishkek on Tuesday.

He reiterated that Ayatollah Khamenei’s letter to the youth in the West contains an invitation to the European and American youth to become familiar with the teachings of the genuine Islam.

In November, Ayatollah Khamenei warned that the bullying powers are using every method and tool to spread Islamophobia among the world people.

“The world expansionist and bullying powers are highly concerned about the attraction of Islam’s freedom message and the danger posed to their interests and have used all instruments, specially art tools, to intimidate the entire world people from Islam,” Ayatollah Khamenei said, addressing Iranian Army cadets in Tehran at the time.

Iran’s Supreme Leader sent a highly important message to the European youth 14 days ago to stress the Islam that the West is trying to portray is a forged concept and not the reality, demanding the younger generation in the West to do research to get firsthand information before accepting their states’ propaganda.

“I don’t insist that you accept my reading or any other reading of Islam. What I want to say is: Don’t allow this dynamic and effective reality in today’s world to be introduced to you through resentments and prejudices. Don’t allow them to hypocritically introduce their own recruited terrorists as representatives of Islam,” the Supreme Leader’s message read.

He called on the European and American youth to receive knowledge of Islam from its primary and original sources.

“Gain information about Islam through the Qur’an and the life of its great Prophet. I would like to ask you whether you have directly read the Qur’an of the Muslims. Have you studied the teachings of the Prophet of Islam and his humane, ethical doctrines? Have you ever received the message of Islam from any sources other than the media?”

Addressing the western youth, Ayatollah Khamenei asked them: “Have you ever asked yourself how and on the basis of which values has Islam established the greatest scientific and intellectual civilization of the world and raised the most distinguished scientists and intellectuals throughout several centuries?”

“I would like you not to allow the derogatory and offensive image-buildings to create an emotional gulf between you and the reality, taking away the possibility of an impartial judgment from you. Today, the communication media have removed the geographical borders. Hence, don’t allow them to besiege you within fabricated and mental borders.”