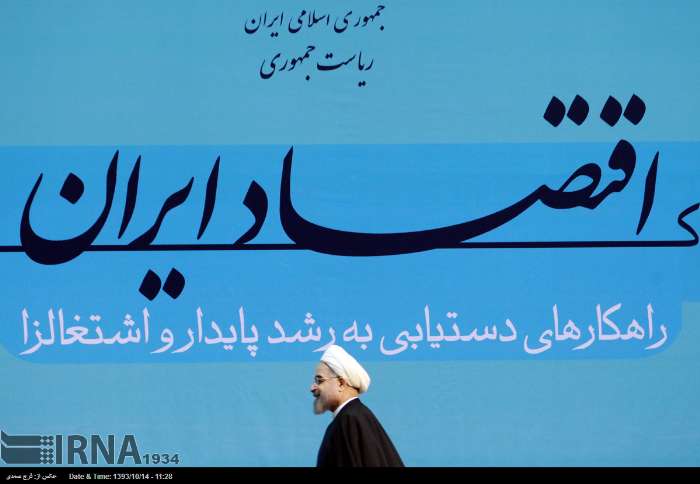 TEHRAN: The President of Iran, Hassan Rouhani proposed budget for the fiscal year in which increase in tax revenue of about 23 percent, to 870 trillion rials ($32 billion), mostly through expansion the tax base.

“The pressure to tax these entities is because the government needs the money,” says Ali Dadpay, an Iranian-born economics professor at Clayton State University in Morrow, Ga. “Everyone in Iran understands that.” Whether Rouhani’s government can lessen the impact from falling crude prices by boosting tax revenue is debatable, says Rajabali Mazroui, who once served on the Parliament’s budget planning committee and now lives in exile in Belgium. He adds that the gap can be narrowed if Rouhani “manages to collect tax from entities that didn’t pay so far.”

In December, Parliament voted to tax the Guards, Setad, and Astan Qods Razavi, a religious body that oversees the shrine of a Shiite saint. The legislation is now under review by the Guardian Council, a 12-member body that reviews all bills passed by Parliament and has veto power. Ayatollah Khamenei chooses half the council. Few financial details are public about the companies controlled by the Guards and other conservative groups, says Dadpay, who studies the regime. “If you can get these entities to be transparent, to show their books, that will have more benefit for the economy than the actual tax revenue collected,” he says.

Rouhani’s proposed budget for the fiscal year starting on March 21 includes an increase in tax revenue of about 23 percent, to 870 trillion rials ($32 billion), mostly through broadening the tax base. Iran plans “to catch in the net” those who evade taxes, Finance and Economy Minister Ali Tayebnia told reporters on Jan. 17. Former Presidents Mohammad Khatami and Ali Akbar Hashemi Rafsanjani also tried to turn the Guards and the religious foundations into taxpayers. “It is still possible that Rouhani plans to challenge the conservatives head-on,” says Alireza Nader, a senior analyst at Rand, the think tank. “But he’s in for a big fight, a fight that others, such as Khatami and Rafsanjani, fought and lost.”

Setad’s assets are valued at about $90 billion and include three oil companies. The Guards’ construction wing is now the biggest engineering company in Iran. Astan Qods Razavi controls 44 companies and has stakes in another 60. “The accounts of the Guards’ financial entities are like a black box,” says Saeed Ghasseminejad, a researcher on Iran at the Foundation for Defense of Democracies, a Washington-based think tank. “The government has no idea as to what goes on there.”