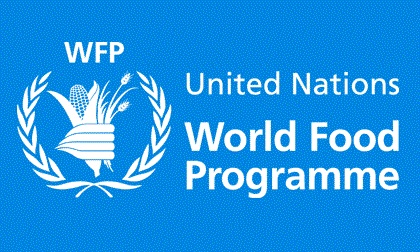 The Government of Germany has allocated more than 1 million dollars to food assistance and educational support for Afghan refugees living in settlements in the Islamic Republic of Iran. The funds will be used to purchase food locally to ensure fast delivery and conformity with Iranian standards.

The United Nations World Food Programme (WFP) provides 30,000 of the most vulnerable refugees with a monthly ration of basic food items including bread, rice, sugar, lentils and oil. In addition, WFP provides a take-home ration of sunflower oil to 3,000 refugee schoolgirls and their female teachers in 19 settlements across Iran, to promote girls’ education and bridge the gender gap.

“WFP is very grateful to Germany for a contribution that will enable us to address the basic food needs of refugees in Iran, strengthen how they survive and support efforts to provide food security to Afghan and Iraqi refugees here,” said WFP Representative in Iran Negar Gerami.

“The German Government is gravely concerned by the desperate situation of the many refugees fleeing violence in their home countries. Over the years Iran has welcomed thousands of refugees from neighbouring countries, in particular from Afghanistan. The German Government appreciates Iran’s continued commitment to providing help and support to those most in need and seeks to assist these efforts with this contribution to the WFP in Iran,” said Germany’s Ambassador in Tehran, Baron von Ungern Sternberg.

The Islamic Republic of Iran hosts the world’s second largest refugee population, after Pakistan, with some 890,000 registered Afghan and Iraqi refugees in the country.

WFP has been providing assistance to these refugees since the arrival of the first asylum seekers from Afghanistan and Iraq in the late 1980s.

WFP is the world’s largest humanitarian agency fighting hunger worldwide, delivering food assistance in emergencies and working with communities to improve nutrition and build resilience. Each year, WFP assists some 80 million people in around 75 countries.