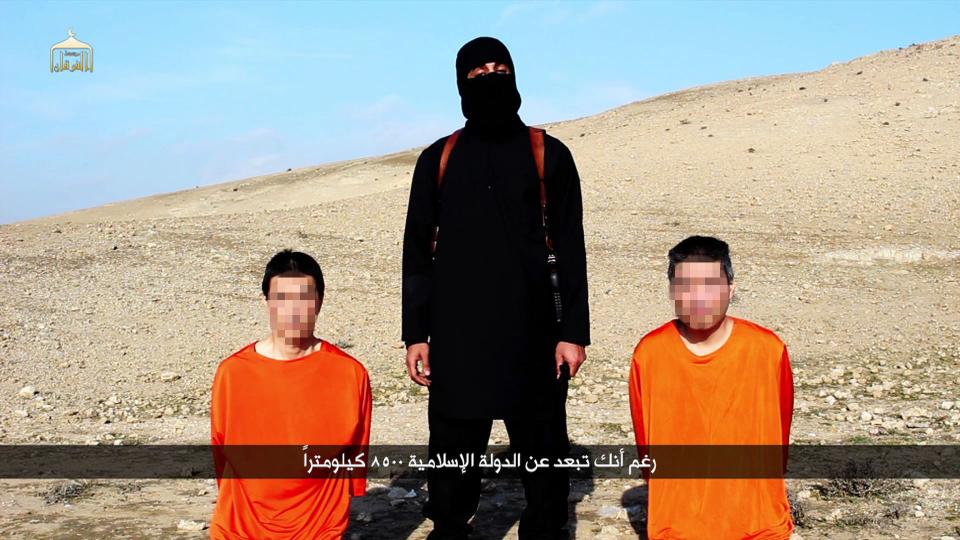 Islamic militants said they had beheaded a second Japanese hostage, journalist Kenji Goto, prompting Prime Minister Shinzo Abe to vow to step up humanitarian aid to the group’s opponents in the Middle East and help bring his killers to justice.

“I feel intense indignation at this utterly cruel and despicable act of terrorism,” a grim-faced Abe told an emergency Cabinet meeting early on Sunday, shortly after a video surfaced purporting to show the beheading of Goto, after the failure of international efforts to secure his release through a prisoner swap.

The hardline Islamist group, which controls large parts of Syria and Iraq, released the video showing a hooded man standing over Goto with a knife to his throat, followed by footage of a head put on the back of a human body. Japanese Defense Minister Gen Nakatani said the video appeared to be genuine.

The video was released exactly a week after footage appearing to show the beheaded body of another Japanese hostage, Haruna Yukawa.

“I will never forgive these terrorists,” Abe said. “Japan will work with the international community to bring those responsible for this crime to justice. Japan will never give in to terrorism.”

When ISIL first threatened Goto, 47, and Yukawa, 42, two weeks ago, it justified its move by citing Abe’s pledge of $200 million in aid to countries battling the militant group.

But in a show of defiance, Abe on Sunday vowed to increase Japan’s food, medicine and other humanitarian aid for the Middle East.

ISIL had said Goto was held along with a Jordanian pilot. Efforts to win their release had focused on the possible release in exchange of an Iraqi would-be suicide bomber jailed in Jordan 10 years ago. The video did not mention the pilot.

President Barack Obama said the United States condemned the “heinous murder” and would continue to work with allies to destroy the hardline Islamist group.

Addressing Abe, the militant in the video said: “Because of your reckless decision to take part in an unwinnable war, this knife will not only slaughter Kenji, but will also carry on and cause carnage wherever your people are found. So let the nightmare for Japan begin.”

The militant had the same British accent as the man featured in previous ISIL videos showing beheadings. Goto wore an orange jumpsuit like ISIL captives in past footage.

The landscape in the video showed a hill and land covered in scrub, and appeared different to the desert setting of previous videos.

Abe’s government had put high priority on seeking the release of Goto, a veteran war correspondent captured by the militants in late October when he went to Syria seeking Yukawa’s release. Yukawa was seized by militants in August after going to Syria to launch a security company.

Goto’s mother Junko Ishido, who earlier had appealed for his safe release, said, “I am too upset to find the words to express myself. My son’s last act was to go to Syria to help a fellow Japanese. So I want people to understand my son’s kindness and courage.”

Goto’s older brother, Junichi Goto, said, “I had hoped to give thanks for his return alive. But, as his brother, this outcome is very regrettable.”

Japanese coalition and opposition politicians also expressed anger, but in a sign of a potential political split, the main opposition party questioned the wisdom of provoking ISIL.

“We must not appear to be giving in to terrorism,” said Yukio Edano, secretary-general of the Democratic Party of Japan.

“But at the same time, putting our subjective intentions aside, there is no need to provoke and send a message that can be mistakenly interpreted as giving the other side an excuse,” he said in a discussion programme on public broadcaster NHK.

ISIL, an offshoot of al Qaeda, has beheaded a number of Western journalists and aid workers, saying they were paying the price for their governments’ fight against the group.

It has also killed many local people, through beheadings, stonings and shootings, accusing them of violating their hardline interpretation of Islamic law.

There was no mention in the one-minute video of Jordanian pilot Muath al-Kasaesbeh who was seized by ISIL after his jet crashed in northeast Syria in December during a bombing mission against the militants.

An audio message that appeared to be from Goto earlier this week said Kasaesbeh would be killed if Jordan did not free Iraqi Sajida al-Rishawi, in jail for her role in a 2005 suicide bomb attack that killed 60 people in the Jordanian capital Amman.

Goto began working as a full-time war correspondent in 1996 and had established a reputation as a careful and reliable operator for Japanese broadcasters, including NHK.

In October, his wife had a baby, the couple’s second child. He had an older daughter from a previous marriage, people who know the family said.

Yukawa was captured in August outside the Syrian city of Aleppo. Friends say Goto travelled from Tokyo to Istanbul and from there to Syria, sending a message on Oct. 25 that he had crossed the border and was safe.

“Whatever happens, this is my responsibility,” Goto said on a video recorded shortly before he set out for Raqqa. That was the last time he was seen before an ISIL video released on Jan. 20 appearing to show both Japanese men and threatening to kill them unless the group received $200 million in ransom.