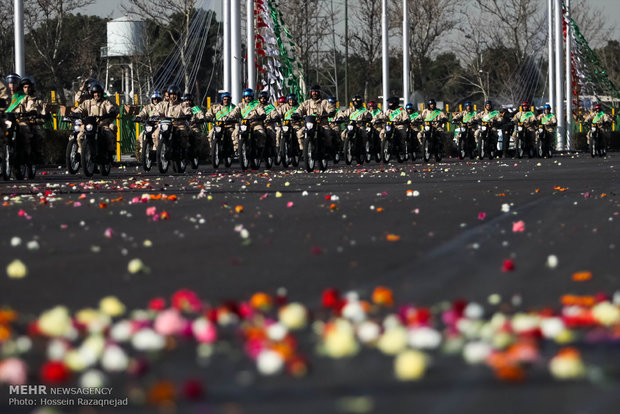 Shahr-e Rey, Tehran Prov, Feb 1, IRNA – Millions of Iranians began celebrating the 36rd anniversary of the Islamic Revolution in Iran on Sunday morning at the mausoleum of the founder of the Islamic Republic in southern Tehran.

Special ceremonies are held across Iran every year to mark the anniversary of the victory of the 1979 Islamic Revolution that toppled the US-backed Pahlavi regime.

This year’s nationwide ceremonies kicked off at 9:33 a.m. local time (0603 GMT), the time when the late founder of the Islamic Republic, Imam Khomeini, returned to the Iranian capital, Tehran, on February 1, 1979 after a 15-year exile in Paris.
Several high-ranking Iranian officials and people from all walks of life came together at the mausoleum of the founder of the Islamic Republic in southern Tehran to renew their allegiance to the ideals of late Imam Khomeini.

The day of Imam Khomeini’s return to Iran marks the beginning of the Ten Days of Dawn, which culminates with the anniversary of the victory of the Islamic Revolution on February 10.

Iranians have arranged different programs to celebrate the event by honoring Imam Khomeini’s historic return and the memory of the revolution’s martyrs.

The Iranian nation toppled the US-backed Pahlavi regime 36 years ago, ending 2,500 years of monarchic rule in the country.