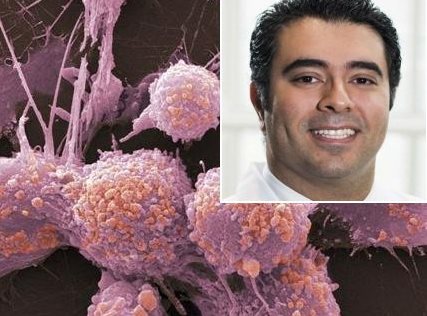 TEHRAN (ISNA)- An Iranian researcher Soroush Ra’is-Bahrami along with his colleagues at Maryland University has found out that targeted biopsy with new fusion technology, which joins magnetic resonance imaging (MRI) and ultrasound, was found to be more efficient in identifying high-risk prostate cancer when compared to standard biopsy.

The study, entitled “Comparison of MR/Ultrasound Fusion-Guided Biopsy With Ultrasound-Guided Biopsy for the Diagnosis of Prostate Cancer”, was published in the renowned journal JAMA and conducted at the National Institutes of Health (NIH), from 2007 to 2014, enrolling a total of 1,003 individuals.

Prostate cancer is usually not diagnosed based on advanced imaging, contrary to breast cancer, for example, which can be detected by mammograms. It is usually diagnosed when blood tests indicate high levels of prostate-specific antigen (PSA); however, several studies have proved PSA tests as unreliable.

Prostate cancer is curable and treatments include removal of the prostate, radiation therapy and active surveillance of the patients. Since it is not possible to efficiently discriminate aggressive forms of the cancer from nonaggressive forms, physicians opt to treat the majority of the cases identified, which can result in severe side effects for the patient, including impotence and/or incontinence.

In fact, most men diagnosed with prostate cancer carry a nonaggressive form of the disease.

The research team found that targeted fusion-guided biopsy allowed a 30% higher diagnosis of high-risk prostate cancers, when compared to standard biopsies. On the other hand, this new method diagnosed 17 percent fewer low-risk cancers in comparison with the standard method.

These low-risk cancers are usually over-diagnosed and over-treated, so it is important to identify tumors that are indeed considered high-risk.

During targeted biopsy, the MRIs of the putative cancer are combined with ultrasound images in real-time, allowing the generation of a prostate map that helps physicians identify and test suspicious regions. On the other hand, in a standard biopsy, physicians use ultrasounds to guide them throughout the prostate, collecting several random tissue samples.

“With fusion technology, we now have a tool to help us differentiate high-risk cancers from low-risk ones that may require minimal or no treatment.”

“There is a concern that we over-diagnose and over-treat low-risk cancers that are unlikely to be terminal, and this technology enables us to make a more reliable diagnosis than the current standard practice.”

However they advised that “While these findings could translate into substantial benefit to patients, this study is preliminary with regard to clinical endpoints such as recurrence of disease and prostate cancer-specific mortality.”