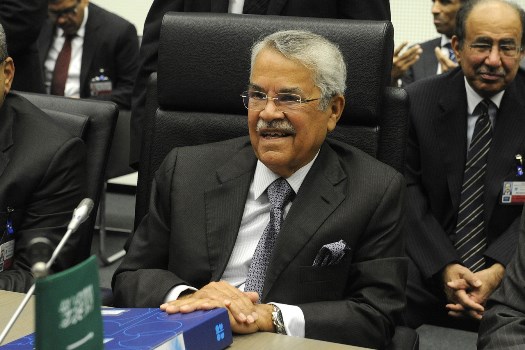 JEDDAH—Saudi Arabia’s King Salman bin Abdulaziz ordered major changes to his government including a cabinet shuffle, but kept in place the veteran ministers of oil, finance and foreign affairs.

Thursday’s changes signal the new leader’s intention to inject some fresh blood in his government as it faces challenges ranging from falling oil prices to security threats by Islamist militants to its north and instability in Yemen to its south.

But King Salman did opt for some continuity by keeping Oil Minister Ali al-Naimi, who was instrumental in the recent decision by the Organization of the Petroleum Exporting Countries to keep its oil production target steady, sending global oil prices into a tailspin.

In a bid to streamline decision-making and make the government more efficient, the king abolished 12 public bodies responsible for drawing up policies in fields ranging from energy to education, according to a series of royal decrees read out by news anchors on state television.

“You deserve more and no matter what I do won’t do you justice,” said King Salman, who took power after his half-brother Abdullah’s death this month, in a Twitter message to Saudis. “I ask God to help me and you to serve religion and the nation.”

To eliminate redundancies, the king said he abolished an old economic council, replacing it with another to be headed by his son Prince Mohammed bin Salman, who also holds the positions of defense minister and chief of the royal court.

In a step that appears aimed to unify decision making on security matters under one body, the king also abolished a security council led by Prince Bandar bin Sultan, a former ambassador to the U.S., who was relieved of his duty. The king established a new security body to be led by Prince Mohammed bin Nayef, the deputy crown prince and interior minister, who is admired by American officials for his antiterrorism efforts for the past 15 years.

The king appointed Mohammed Al Jadaan as new chief of the Capital Market Authority, which regulates the financial markets in Saudi Arabia. It remains unclear if the change will have any effect on the country’s plan to open its stock market to foreign investors in the first half of 2015. He kept in place the late king’s son Miteb as Minister of the National Guard, but sacked two of Abdullah sons, who held roles as governors of major provinces.

The king ordered paying two months of bonus salary to all government employees and pension to retired government workers, and increased spending on social welfare and development, including $5.3 billion to deliver electricity and water to new housing projects.

Mr. Naimi, who has been the kingdom’s oil minister since 1995, has in recent years championed Saudi Arabia’s role as keeping oil markets stable and well supplied. In addition to trimming output at times of weak prices, the world’s top oil exporter has also boosted output when supplies were tight, including just before the U.S.-led invasion of Iraq in 2003 and amid Western sanctions targeting Iranian oil exports.

King Salman also named as deputy oil minister his son Prince Abdulaziz, who was previously the assistant oil minister and a regular participant in OPEC meetings.

Saudi industry officials have said that King Salman is likely to retain Mr. Naimi but if he opts for a successor the best-suited candidates are likely to be either Prince Abdulaziz or the chief executive of the state-owned giant Saudi Aramco Khalid Al-Falih.

Traditionally incoming kings have opted to appoint new ministers to lead key ministries like oil, providing in this case a convenient opportunity for Mr. Naimi, to retire—something people familiar with his thinking have said he has considered for years.

In an effort to enhance the performance and efficiency of the government, King Salman also abolished the Supreme Council for Petroleum and Minerals, which has been kingdom’s top decision-making body on oil and gas since 2000. Its responsibilities will fall under the new economic ministry and include Mr. Nami.