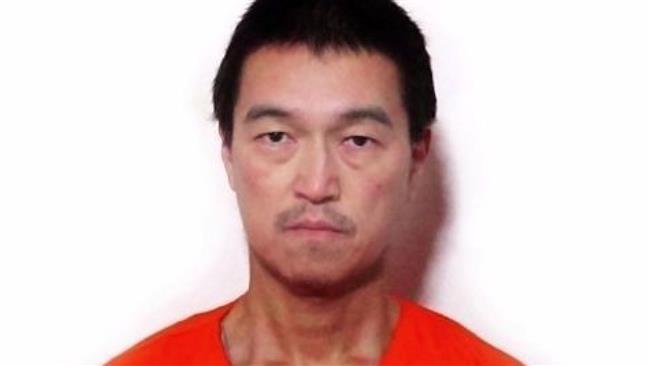 An Iranian mother has written a letter to sympathize with the mother of the Japanese freelance journalist, Kenji Goto Jogo, held captive by ISIL militants, saying the terrorist group’s policies have nothing to do with Islam.

In a recent video posted online, ISIL militants showed the Japanese captive, saying he would be killed unless Jordan released a female militant.

The video shows Goto holding the photo of a dead body allegedly belonging to Haruna Yukawa, another Japanese hostage that had been captured by the ISIL Takfiri terrorists.

“Please save Kenji’s life.… His remaining time is very short…. I beg you to do everything in your power,” Ishido said, reiterating that her son was not an enemy of Islam.

In reaction to Ishido’s appeal, an Iranian female social media activist wrote a letter to Goto’s mother, expressing sympathy with her.

“Please accept my sympathy in these bitter and stressful moments. I know that you wish … time could be stopped forever, so that the ISIL deadline for your son would not arrive,” said part of the letter by Atefeh Talqani.

Talqani said she believed Junko’s words that Kenji had traveled to Syria for humanitarian purposes, adding that she sympathizes with the Junko as a Muslim woman and mother.

She said the ISIL militants who have held Kenji captive are not Muslims contrary to what they proclaim.

“Those who have held Kenji Goto Jogo and killed his friend are not Muslims despite their claims, and their bestial behavior is not compatible with Islamic tenets at all,” she noted.

The Iranian mother described ISIL militants as brutal people who attribute themselves to Islam to “justify their extremist and inhumane acts,” adding that Muslims all around the world abhor the Takfiri militants’ policies.

Islam is based on brotherhood among all human beings across the globe, the Iranian mother said, stressing that the Prophet of Islam condemned any act that leads to the killing of people.

Talqani concluded her letter by wishing for the release of Kenji’s son.