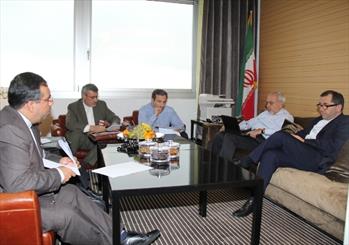 Iran and 5+1 likely to hold meetings in Munich

Iran’s Foreign Minister Mohammad Javad Zarif, who will travel to Germany to attend Munich Security Conference, is scheduled to hold talks with some of his counterparts in Munich.

Mohammad Javad Zarif is expected to meet US Secretary of State John Kerry on the sidelines of Munich Security Conference.

It was announced formerly that a new round of talks between Iran and the 5+1 will be held in Munich. However, due to the absence of almost all ministers, there is no chance of holding the meeting at the ministerial level. It is likely that Iran and the 5+1 hold meetings in Munich at deputy level.

Based on a statement by the Chairman of the Munich Security Conference, a meeting attended by European foreign ministers will be held in the conference to review Iran’s nuclear talks. Asked about the likelihood of the meeting, Zarif told Mehr News that it is not fixed yet. “Last year I took part in Munich Security Conference during which a meeting was held on Iran’s nuclear issue. I was present at the meeting but no other Western negotiators took part.”

Zarif, who is departing Iran to Africa tomorrow, will travel to Germany on Friday o attend Munich Security Council.