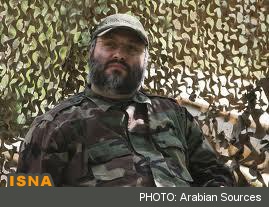 Washington (AFP) – The CIA and Israel’s spy agency Mossad were behind an elaborate plot to kill Hezbollah commander Imad Mughniyeh in a 2008 car bomb attack in Syria, the Washington Post reported.

Citing former intelligence officials, the newspaper reported that US and Israeli spy agencies worked together to target Mughniyeh on February 12, 2008 as he left a restaurant in the Syrian capital Damascus.

He was killed instantly by a car bomb planted in a spare tire on the back of a parked car, which exploded shrapnel in a tight radius, the Post said.

The bomb, built by the United States and tested in the state of North Carolina, was triggered remotely by Mossad agents in Tel Aviv who were in communication with Central Intelligence Agency operatives on the ground in Damascus.

“The way it was set up, the US could object and call it off, but it could not execute,” a former US intelligence official told the newspaper.

A senior Hezbollah commander, Mughniyeh was suspected of masterminding the abduction of Western hostages in Lebanon in the 1980s and of the 1992 bombing of the Israeli embassy in Argentina that killed 29 people.

He was also linked to the bombing of the US marine barracks at Beirut airport in 1983, in which 241 American servicemen died, and the hijacking of TWA Flight 847 in 1985, in which a US navy diver was killed.

According the newspaper, the authority to kill required a presidential finding by George W Bush. Several senior officials, including the attorney general, the director of national intelligence and the national security advisor, would have had to sign off on the order, it added.

The former officials that spoke to the newspaper said Mughniyeh was directly involved in arming and training Shiite militias in Iraq that were targeting US forces, and though it occurred in a country where the United States was not at war, his assassination could be seen as an act of self-defense.

“They were carrying out suicide bombings and IED attacks,” one former official told the Post, referring to alleged Hezbollah operations in Iraq.

They added that getting approval from the most senior echelons of the US government to carry out the attack against Mughniyeh was a “rigorous and tedious” process, and it had to be proven that he was a true menace.

“What we had to show was he was a continuing threat to Americans,” the official told the Post.

“The decision was we had to have absolute confirmation that it was self-defense.”

The newspaper said that during the Iraq war, the Bush administration had approved a list of operations aimed at Hezbollah, and according to one official, this included approval to target Mughniyeh.

“There was an open license to find, fix and finish Mughniyeh and anybody affiliated with him,” a former US official who served in Baghdad told the Post.

According to the newspaper, American intelligence officials had been discussing possible ways to target the notorious Hezbollah commander for years, and senior US Joint Special Operations Command agents held a secret meeting with the head of Israel’s military intelligence service in 2002.

“When we said we would be willing to explore opportunities to target him, they practically fell out of their chairs,” a former US official told the Post.

Though it is not clear when the agencies realized Mughniyeh was living in Damascus, a former official told the newspaper that Israel had approached the CIA about a joint operation to kill him in Syria’s capital.

The agencies collected “pattern of life” information about him and used facial recognition technology to establish his identity after he walked out of a restaurant the night he was killed.